“Celebrity Family Feud” returned for the second episode of the season, bringing in a lot more star power than its premiere.

The first round kicked off with George Lopez leading a team of his family, friends and co-stars against Eva Longoria and her loved ones. Unlike last week, which only featured one celebrity on each side, the stars were joined by familiar faces such as Wilmer Valderrama, Oscar De La Hoya and Justina Machado. Things kicked off early with a bit of raunchiness as Longoria had to find answers about a male stripper followed by team Lopez stealing and getting the topic of a man’s “undercarriage.” As Harvey warned at the onset of the round, when he and George Lopez are on screen together, “it never goes the way it’s supposed to.”

However, the most interesting moment came when team Longoria stretched the rules just a bit. When asked for something you roll, Machado said “tortilla,” and got the win for “dough.” Team Lopez took issue with the comedian joking that it’s technically called “masa” in Spanish. He then quipped that “masa” is not where Mexican astronauts train.

In the end, Team Lopez lost a somewhat commanding lead and it was Eva Longoria going into the Fast Money round. The actress and her team walked away with $25,000 for their charity, and Lopez’s team received a bit of money for its cause as well.

With round one tied up nicely, it was time for round two where actresses Yvette Nicole Brown and Ashley Graham went toe-to-toe. Both joined mostly by family, things started relatively tame with prompts about pets and first dates. Nothing too shocking happened in the game, other than the fact that the Brown family completely trounced their opponents, sending Graham and her crew packing with zero points. In the Fast Money round, they cleaned up as well, taking home the full $25,000 for their charity. 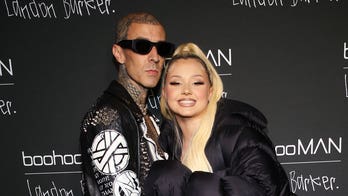