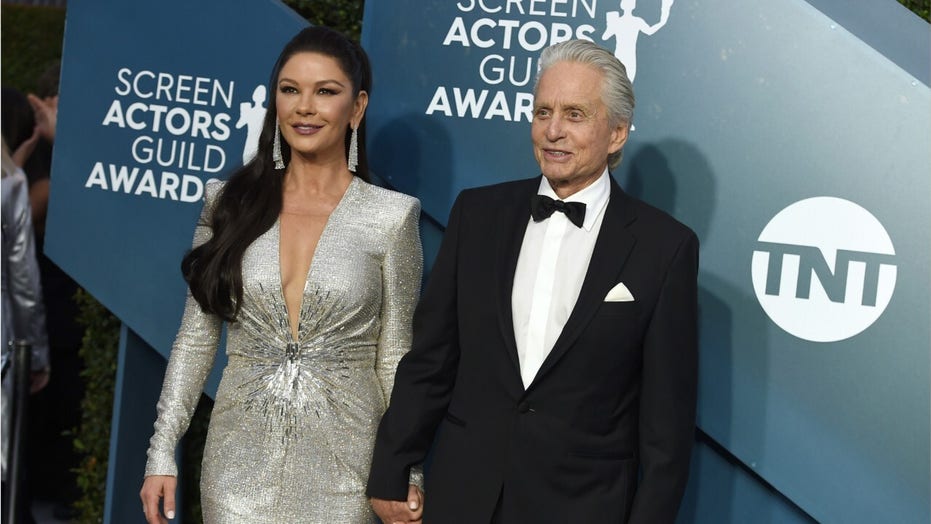 In Hollywood, age is just a number. Here are 7 celebrity couples with big age gaps.

They say that age is just a number and that love knows no bounds, so it stands to reason that some couples out there might not be close in age.

In Hollywood, that seems to be the case quite often.

Peter Cook, 60, is best known for his past marriage to Christie Brinkley, but his latest relationship has him in the spotlight again. He's now engaged to Alba Jancou, who Cook originally said was 21, but who recent reports now reveal may be 20. Cook reportedly lied about her age because it makes her younger than his own 21-year-old daughter, Sailor.

Actor Dennis Quaid, 65, became engaged to his Ph.D. student girlfriend Laura Savoie, 26, in October. Quaid said that he proposed in Oahu after planning for a month and a half. They were first spotted together in May, and plan to wed within the next year. The duo showed off Savoie's glamourous ring at a red carpet event in Nashville on Sunday.

After splitting from director Tim Burton, actress Helena Bonham Carter struck up a relationship with Rye Dag Holmboe. Carter, 53, calls the relationship with her 32-year-old beau "a bit of unexpected magic in my life." Carter also revealed that she's never "been happier or more fulfilled" than she has since dating Holmboe.

Despite music producer David Foster admitting that Katherine McPhee didn't "catch my eye" the first time they met, their professional relationship blossomed into much more. The 35-year-old "American Idol" runner-up celebrated Foster's 70th birthday with a sweet Instagram post, remembering how he "charmed his way into my heart."

Paris Dylan, a former Playboy model, was hired in 2016 to manage Don McLean's social media accounts, and just months later, the two announced that they were in the throes of a relationship. The model, 25, was involved in several catfishing scandals, including one with NBA player Chris Anderson, but that didn't stop the "American Pie" singer, 74, from falling for her.

Oscar-winning actors, Michael Douglas, 75, and Catherine Zeta-Jones, 50, met at a film festival in France after being introduced by Antonio Banderas and Melanie Griffith and had an interesting connection: they share the same birthday, 25 years apart. The couple married in 2000 and since then have welcomed two children together, Dylan, 19, and Carys, 16. Douglas spoke to AARP about Zeta-Jones, saying "God bless her that she likes older guys."

Sarah Paulson, 44, and Holland Taylor, 76, met each other about a decade before they began dating. They both were seeing other people at the time, but in 2015, they were both single and ready to mingle. The actresses reconnected through mutual friend Martha Plimpton. As they say, the rest is history.