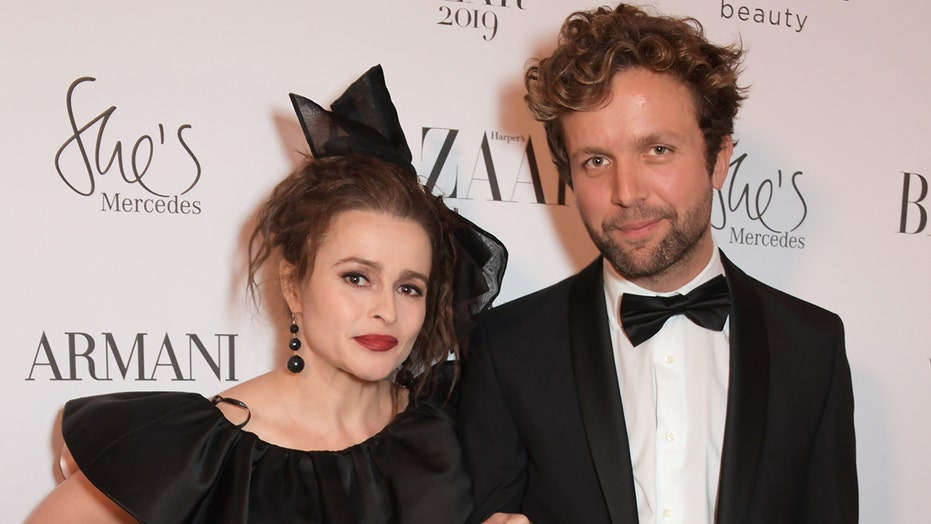 The 53-year-old actress was honored Tuesday with the British Icon Award by Harper’s Bazaar and spoke with the magazine for their December cover issue about her millennial beau, writer Rye Dag Holmboe, who she started dating after splitting with longtime partner Tim Burton.

Carter and Burton carried out a rather unconventional relationship and raised their two children, son Billy and daughter Nell, in adjoining houses before their split in 2014 after 13 years together. Rumors that Carter, 53, had kindled a romance with the 32-year-old Holmboe swirled while Burton, 61, was reportedly dating actress Eva Green.

“You break up, you grieve, you get bored of grieving, and then you finally move on,” Carter told Harper's Bazaar in an interview published on Tuesday. “I’m very happy with someone else. It’s been a bit of unexpected magic in my life.”

While the couple share an age difference of 21 years, Carter, who is slated to play Queen Elizabeth II’s younger sister Princess Margaret on Season 3 of the Netflix series “The Crown,” said she had a completely different idea of what her life and career would be like post-50. However, she made a point of noting that she couldn’t be happier with where she is in life today.

“I don’t think I’ve ever been happier or more fulfilled,” she said, explaining that she was initially “worried it was downhill,” but was surprised to learn that it’s been “quite the opposite” for her at this stage of her life.

“This huge blooming of television means character-driven stories, so there’s a lot of choice and a lot of work," she said. "When I was young, you were considered ‘older’ over 30.”

Film director Tim Burton and actress Helena Bonham Carter arrive for the European premiere of his film "Frankenweenie 3D" on October 10, 2012 at the Odeon Leicester Square in central London. (Reuters)

Carter and Burton performed alongside each other in a number of projects during the course of their romance, including; “Charlie and the Chocolate Factory,” “Alice in Wonderland” and “Big Fish.”

In June 2016, the Oscar-nominated performer called her separation from Burton "utterly bewildering” in an interview with Harper's Bazaar at the time.

“Your identity, everything, changes," she said.