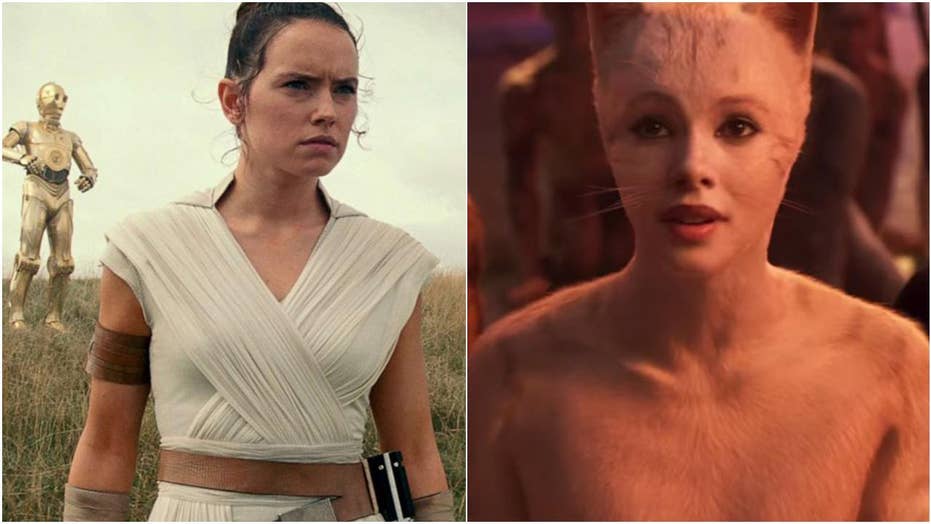 "Cats" may have had a poor showing at the box office, but it had an impressive showing at this year's Razzie Awards on Monday, winning six awards including Worst Picture.

The $95-million-budget Tom Hooper musical made a dismal $6.6 million during its opening weekend in December and was completely snubbed at the Oscars ceremony in February, but it struck gold at the 40th Razzie Awards, which infamously honors the year's worst in film.

In addition to winning the top prize, "Cats" won five other awards and had nine total nominations. Tom Hooper, who previously won an Oscar for best director for "The King's Speech," won Worst Director and shared the Worst Screenplay honor with Lee Hall. James Corden and Rebel Wilson won for Worst Supporting Actor and Worst Supporting Actress. It also picked up the award for Worst Screen Combo for "any two Half-Feline/Half-Human Hairballs."

Other big winners include John Travolta, who won Worst Actor for his starring roles in both "The Fanatic" and "Trading Paint" and Hilary Duff for Worst Actress in "The Haunting of Sharon Tate," and "Rambo: Last Blood" took the Worst Remake, Rip-Off, or Sequel and Worst Reckless Disregard For Human Life and Public Property.

Eddie Murphy, who previously won Worst Actor of the Decade back in 2010, earned the coveted "Razzie Redeemer Award," which is given to previous Razzie winners, for his widely praised performance in "Dolemite is My Name."

The Razzies were able to announce its honorees despite its ceremony being canceled due to the coronavirus outbreak.