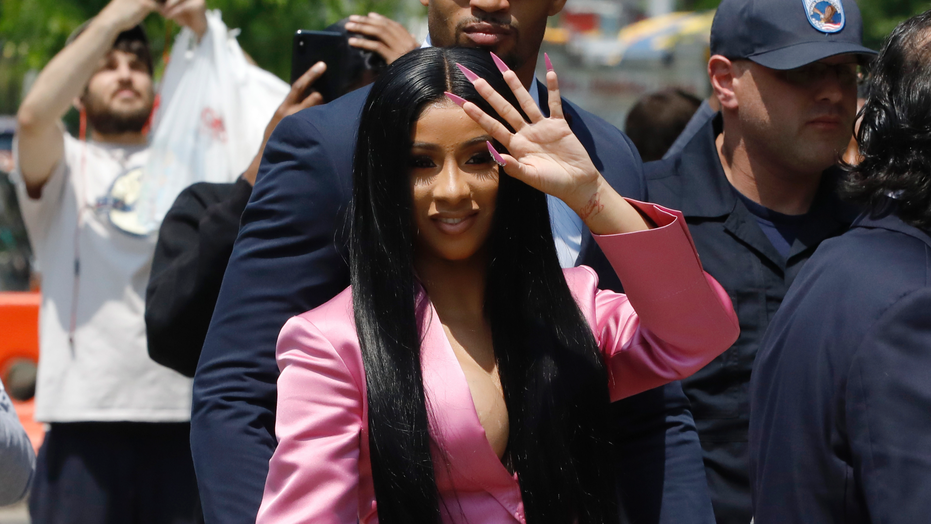 Cardi B was indicted in New York on Friday on charges stemming from a strip club scuffle last year, Fox News has confirmed.

The Queens District Attorney’s Office told Fox News on Friday that the Bronx-born rapper and two co-defendants were hit with unspecified charges related to an intense broil at Angels strip club in Flushing on Aug. 29, 2018.

The “I Like It” performer is set to be arraigned in a New York City Supreme Court on June 25 at 3 p.m.

The “Bodak Yellow” rapper, whose real name is Belcalis Almanzar, rejected a plea deal in April that would have her plead to a Class A misdemeanor for allegedly attacking a pair of bartender sisters – a claim that her lawyer has said is false because she didn’t injure anyone.

Prosecutors in Queens tell us the case will remain sealed until Cardi B's arraignment on Tuesday – at which point the specific details surrounding the charges will be made available.

On Thursday, Cardi B attended the ASCAP Rhythm and Soul Music Awards at the Beverly Hilton Hotel in Los Angeles, Calif., where she took home an honor for Songwriter of the Year.