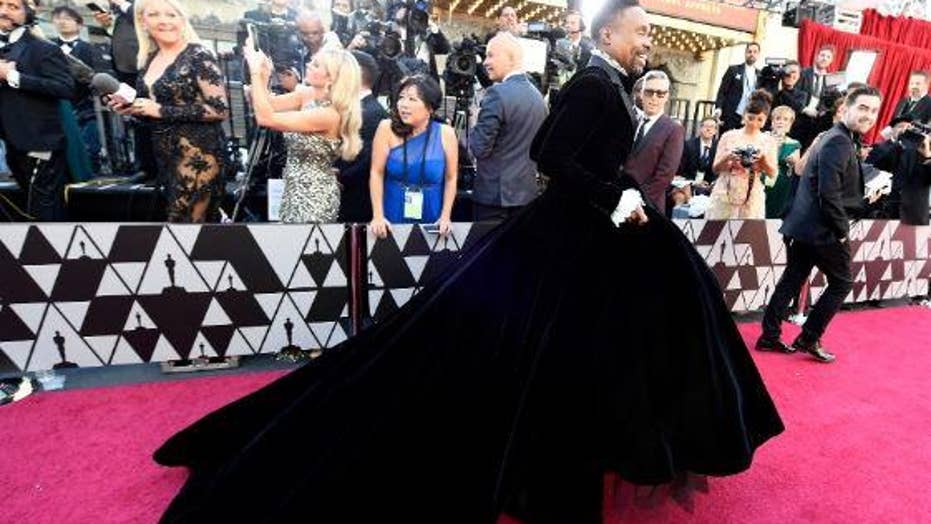 Lady Gaga, is that you?

Kate Hudson blew fans away with her "in-living room Oscar performance" of the Oscar-winning song "Shallow" from "A Star Is Born" two days before the 91st Academy Awards officially kicked off. The actress jokingly apologized to Lady Gaga and songwriter Mark Ronson for admitedlly butchering some of the lyrics — but her Instagram followers didn't seem to mind.

In a short clip posted Friday, Hudson belted out the popular song during a workout.

"I'm off the deep end, watch as I dive in ... I'll never meet the ground," Hudson sang as her trainer Nicole Stuart directed her movements.

The actress continued to fumble the lyrics, joking with her trainer as she took on Bradley Cooper's part.

"I think I hit the note," Hudson joked, while Stuart commanded her to focus on the workout instead.

A video Hudson posted on Instagram of her rendition has gone viral with more than 2.4 million views. The video once again made the rounds Sunday after Cooper and Lady Gaga took the stage to perform "Shallow" at the awards show Sunday night.

Thousands of fans expressed shock at Hudson's impressive pipes. While she may have thought it was a joke, others took the singing very seriously.

"Why has that voice been hiding?" one Instagram user asked.

Kate Hudson surprised fans with her version of "Shallow" over the weekend. (Reuters)

"Literally thought that was @ladygaga for a minute," another agreed.

"Damn, she can sing, too!" a third exclaimed.

Hudson has been vocal about her dedication to fitness, particularly after giving birth to her third child in the fall. The 39-year-old recently told People she aims to lose 25 pounds before filming a new movie this spring.

“It came at a perfect time for me, because at this point after having three babies it’s like sense memory. You want to start getting back into shape and to get strong again and focus on your own personal health,” she told the magazine. “It’s hard when you have babies. Everyone comes before you, and you have to find that time to just focus in on yourself.”