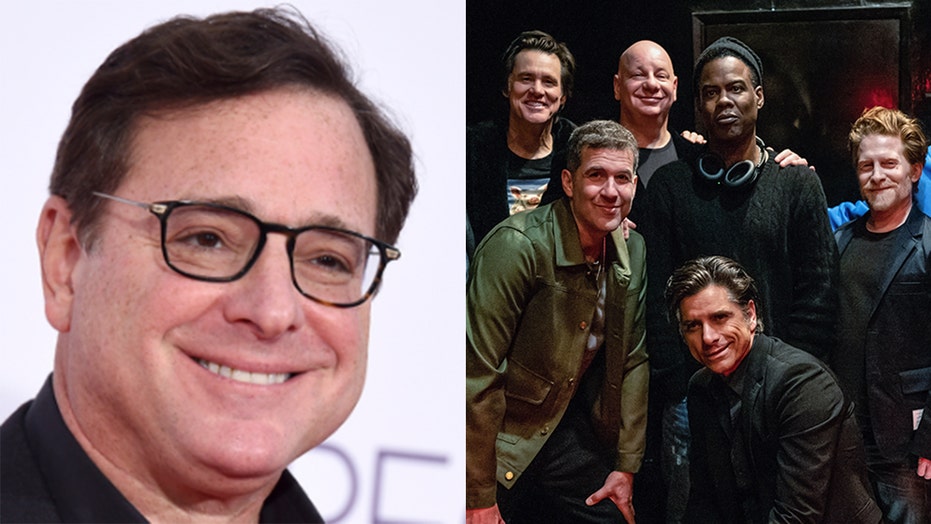 Netflix viewers will get to watch the tribute Bob Saget's family and close friends, including some famous comedians, put on in his memory at the famed Comedy Store shortly after his death.

One of Saget's best friends, Mike Binder, revealed that the tribute, which was described as a night filled with laughter and memories of Saget, is heading to the streamer the first week of June.

"We filmed it and I showed it to Netfix and I said, ‘Look at this.’ 15 minutes…The Head of Comedy said, ‘This is remarkable,’ and they bought it as a special. It airs the first week of June," Binder said on the Dystopia Tonight! with John Poveromo podcast.

It will first air live during the "Netflix is a Joke" comedy festival, Binder said.

John Stamos on drums and Darren Criss on guitar for the farewell concert at Los Angeles' The Comedy Store in memory of Bob Saget. (Pamal Sisson)

"It's just an amazing special of music," Saget's friend added.

The "Full House" star's wife, Kelly Rizzo, and his daughters were joined by a bevy of his celebrity pals including John Stamos, Jeff Ross, John Mayer, Jim Carrey, and Chris Rock, for a "loosely structured" evening, Stamos' publicist Matt Polk confirmed to Fox News Digital at the time.

Saget, a comedic giant also known for his longtime TV roles as "Full House" patriarch Danny Tanner and the former host of "America's Funniest Home Videos," was found deceased in a Ritz-Carlton Orlando hotel room on Jan. 9 after gracing the stage in front of a sold-out crowd in Jacksonville, Florida, just the night before.

The celebration of Saget's career took place at the very spot where his career flourished. The farewell concert was hosted by Ross, Stamos and Maye and produced by Saget's longtime pal Binder.

Stamos and Mayer formed an impromptu house band alongside other comics. The sold-out farewell concert benefited the Scleroderma Research Foundation, a cause near and dear to Saget. His sister Gay died of the disease.

"Everyone in the room knew that she and Bob were finally together again, watching the festivities from box seats high above them all. The evening ended with a raucous audience singalong led by Bob's wife, Kelly Saget, and his daughters Aubrey and Lara. The ode, in homage to Bob's salty sense of humor, was ‘My Dog Licked My Balls,’" Polk said.

"It's just an amazing special of music. Everybody gets up and sings ‘A Dog Licked My Balls,’" Binder teased.

Representatives for Netflix did not immediately return Fox News Digital's request for comment.