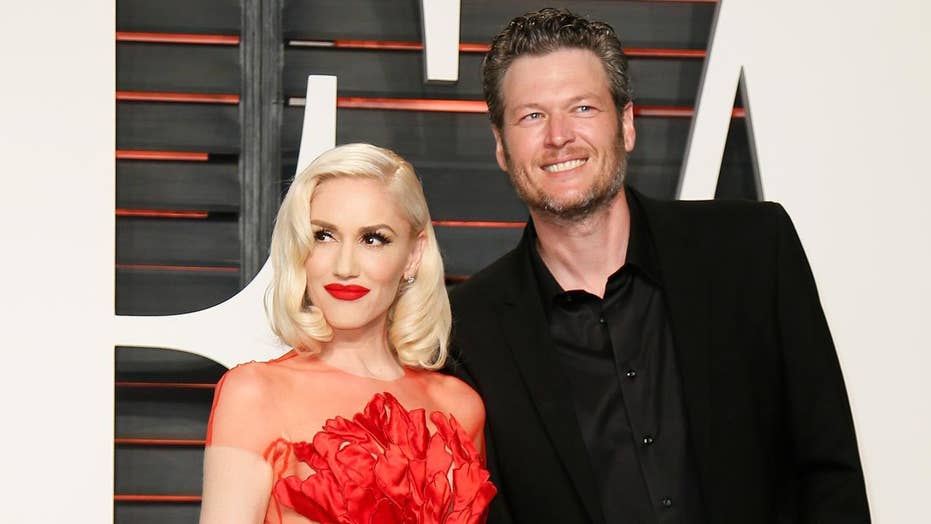 Blake Shelton is crediting his girlfriend Gwen Stefani for boosting his belief in a higher power.

Shelton, 43, and Stefani, 50, recently announced they will debut a second duet later this month. But in a new interview, Shelton revealed it isn’t just the music that keeps their relationship strong.

Speaking to The Tennessean newspaper, Shelton shared the impact Stefani has had on his faith.

“I believe in God now more than I ever have in my life,” he said. “The biggest part of that is just how [Gwen] came into my life and now our relationship.”

BLAKE SHELTON ON HIS WORST 'VOICE' CALL: 'CAN'T THINK OF A DUMBER DECISION'

“If you take God out of it, it doesn’t make sense. If you put God into it, everything that’s happened with us makes sense,” he added.

The CMA winner also shared that Stefani convinced him to begin attending church regularly. This inspired him to “turn a page” in his life, he told the outlet.

Shelton and Stefani first stepped out as a couple in 2015 after their respective divorces from Miranda Lambert and Gavin Rossdale. Their relationship began during their time working as judges on Season 9 of "The Voice." They’re now currently working on Season 17.

The country star added in the interview that he and Stefani's upcoming duet is "magical."

"I literally think it's as important of a song as I've ever recorded. I want it to be out, like right now. I think it's a big hit, to be honest. But, I just think it's just timeless."

To add to the duo's upcoming milestones, just last week a "Voice" contestant predicted a marriage proposal is "coming," according to Us Weekly.