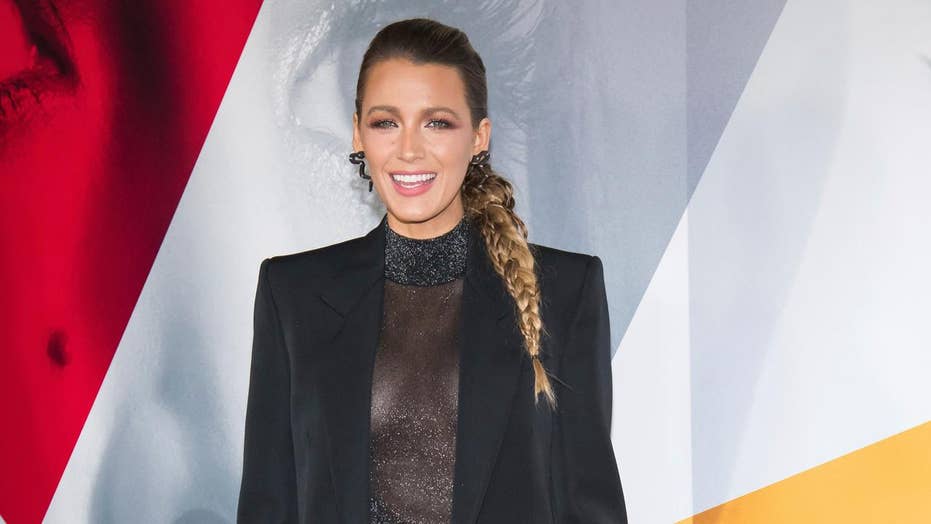 Blake Lively reveals who inspired her new suited up style

'A Simple Favor' star and fashionista Blake Lively is rocking a new look these days, a suited up style, and the inspiration for it is her director Paul Feig.

Blake Lively is known for being fashion forward, which is probably why most fans didn't think twice about her decision to wear multiple pantsuits over the past month.

However, Lively, 31, says there is a certain reason behind her new look.

"I just thought the way he dressed is so beautiful," Lively tells Fox News, crediting Paul Feig, who directs her upcoming movie "A Simple Favor," for her recent style choices.

"I didn't know why [suits] had to be specific to men," explains the actress, adding that she also doesn't understand why women have to wear suits a certain way.

BLAKE LIVELY RESPONDS TO CRITIC WHO SAYS SHE SHOULD FIRE HER STYLIST: 'SHE WON'T LEAVE ME ALONE'

"I thought that like, I don't understand why when a woman wears a suit it has to be like unbuttoned to here or no shirt, or a necklace or whatever, that's also great, but I also think why can't we also?" she questions. "Why can't it be just as sexy when we're wearing a tight bowtie and pocket square and floret and watches and rings?"

Notes Lively: "I think that if sexuality comes out of that and you're that covered it's even more you know powerful."

Although most have praised the "Gossip Girl" alum for her ensembles, one social media user was less than enthused with the star's recent looks.

“I say this with so much love & respect for you babe, please hire a stylist or fire the one you’re currently with,” a social media user wrote in the comments section of Lively’s August 24 Instagram post, which featured the actress wearing a colorful suit.

“Thank you for the tips, sir. Alas, I’ve tried to fire @blakelively so many times. But that bitch just keeps coming back. She won’t leave me alone," Lively responded, admitting that she's responsible for her own looks.

Meanwhile, others, including Feig, 55, are loving Lively's bold pantsuits.

"I like women taking the power, the power items that men have which is suits and ties and making it their own," Feig explains to Fox News.

"A Simple Favor" opens in theaters on Sept. 14.