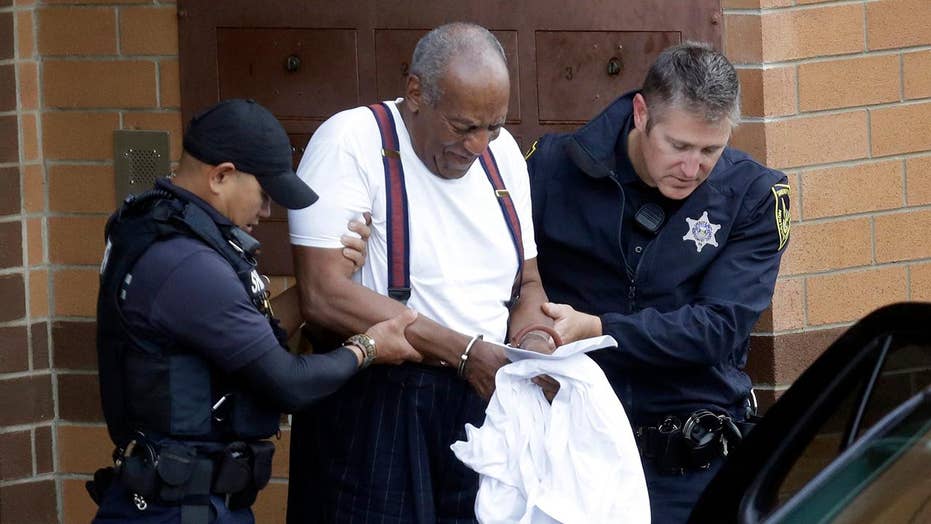 No remorse as comedian goes to prison.

Bill Cosby’s spokesman says an insurance company has settled another defamation suit filed by an accuser, this one by model Janice Dickinson.

Cosby spokesman Andrew Wyatt says American International Group Inc. settled the case without Cosby’s approval, as they’ve done with at least eight other women who say the comedian and his agent maligned them by denying their allegations.

Model and reality television star Janice Dickinson was one of five other woman who testified against Bill Cosby at the trial as part of the prosecution's attempt to establish a pattern of behavior. (AP Photo/Mark Makela)

Dickinson says Cosby drugged and raped her in 1982. She’s one of six accusers who testified at the 2018 criminal trial that led to Cosby’s conviction and a three- to 10-year prison term for a 2004 sexual assault.

An AIG spokesman did not return messages seeking comment.