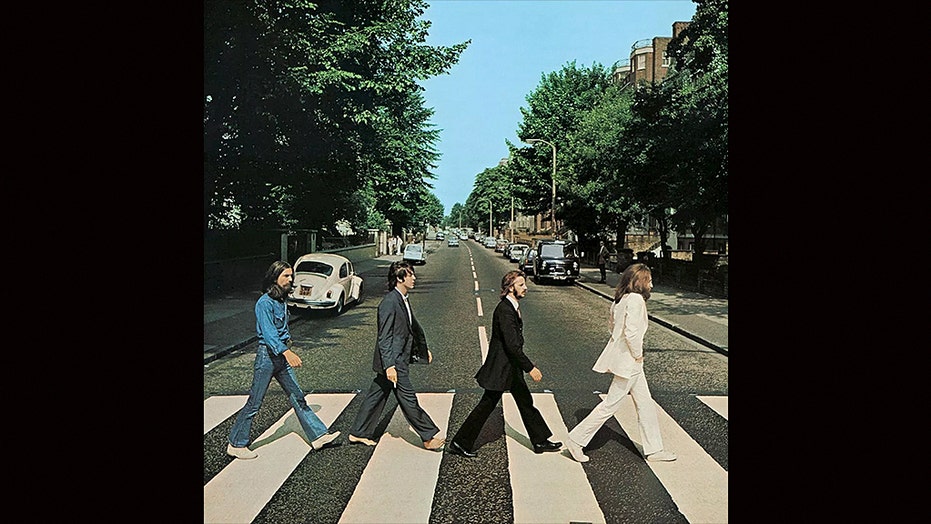 The Beatles caused quite a traffic delay 50 years ago today when they shot their iconic "Abbey Road" album cover.

Hundreds of fans of the Fab Four gathered Thursday at a crosswalk in London's St. John's Wood neighborhood immortalized on the "Abbey Road" album to recreate the cover photo half a century after it was taken.

The Beatles' "Abbey Road" cover was shot 50 years ago.

Used as the cover of the band's penultimate studio album, it became one of the most famous images in music history.

Fans dressed as look-alikes walk across the Abbey Road zebra crossing on the 50th anniversary of British pop musicians The Beatles doing it for their album cover of 'Abbey Road' in St Johns Wood in London, Thursday, Aug. 8, 2019.  (AP Photo/Kirsty Wigglesworth)

On Thursday spectators snapped photos on cellphones and look-alikes from a Beatles cover band crossed the street in tribute to the original image.

The spot remains a place of pilgrimage for Beatles fans from around the world.

Thousands of fans gather to walk across the Abbey Road zebra crossing, on the 50th anniversary of the famous photo. (Dominic Lipinski/PA via AP)

"Every hour of every day there are fans on the crossing," said Beatles tour guide Richard Porter, who organized Thursday's commemoration. "I've seen lots of different sights on the crossing, too, from couples having their wedding photos taken to people going across naked."