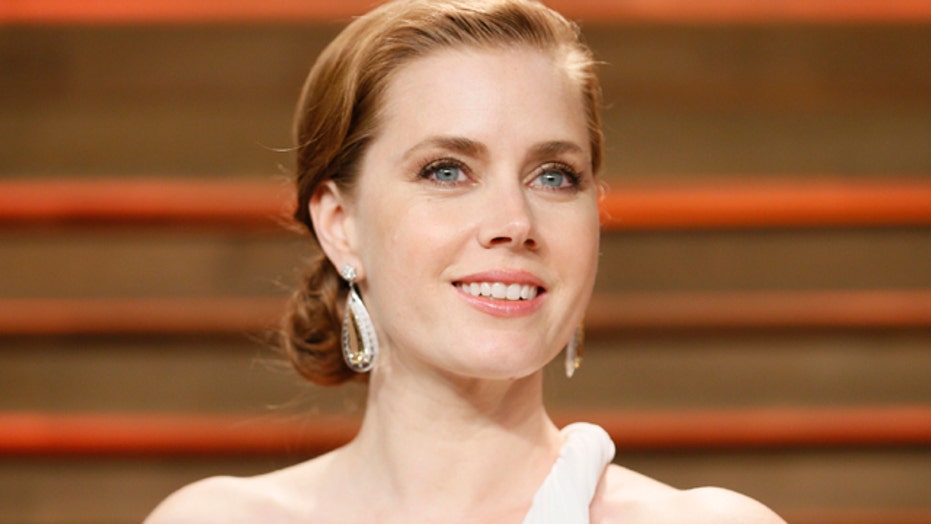 When Gal Gadot's Wonder Woman arrives on the screen in Zack Snyder's "Batman v Superman: Dawn of Justice," it will be a fairly monumental moment. After all, despite the character's legendary status in pop culture, she has never actually been portrayed in a live-action movie. One can imagine that it will be set up as a pretty exciting moment for the audience in the grand spectrum of the film, but can you imagine what it was like actually see Wonder Woman on the set? Fortunately, Amy Adams has shared some insight on that subject.

Amy Adams Is Playing Janis Joplin, Get The Badass Details

The actress is currently out promoting her lead role in Tim Burton's upcoming docu-drama "Big Eyes," and while speaking to MTV she revealed what it was like to actually be around Wonder Woman on the set of "Batman v Superman: Dawn of Justice." She has wrapped on her scenes as fiery reporter Lois Lane, and while she couldn't reveal too much about the filming process, she did do a big of gushing about Gal Gadot. Asked if she had the chance to be with the DC Trinity - Superman, Batman and Wonder Woman - all in the same room, Adams told the reporter, "I can’t really say! But I will say that Gal looks really, really good in that costume. I was like, really? They make them like you? That’s awesome… For you. I’m really happy for you. Not so much for me. But, Lois is a mortal."

Why Batman V Superman Had To Bring Back Lois Lane

As for her part in the movie, Amy Adams added that the making of "Batman v Superman: Dawn of Justice" was actually somewhat similar to her experience making "Man of Steel" - in that she is primarily working with Henry Cavill, Lawrence Fishburne, and the other key Superman characters. All the same, she did also have a chance to meet some of the new faces. "Well, I was doing a Superman [movie] — my part is mostly there. But it was really fun to get to play with these other characters that were coming in, and get to have Gal [Gadot] there, and get to have another girl on set," she said.

Wonder Woman Will Probably Be Directed By This Woman

"Batman v Superman: Dawn of Justice" has finally finished filming, and while most movies arrive in theaters about a year after production, we sadly can't say the same thing about this one. Zack Snyder's movie, which also features the likes of Ben Affleck, Jesse Eisenberg, Jeremy Irons, Holly Hunter, Ray Fisher, Jason Momoa, Scoot McNairy and more in addition to the names mentioned above, will be spending all of 2015 in post-production, releasing the final product into theaters on March 25, 2016. Given how much work is being put into it, let's hope it's a true epic that really blows our minds.