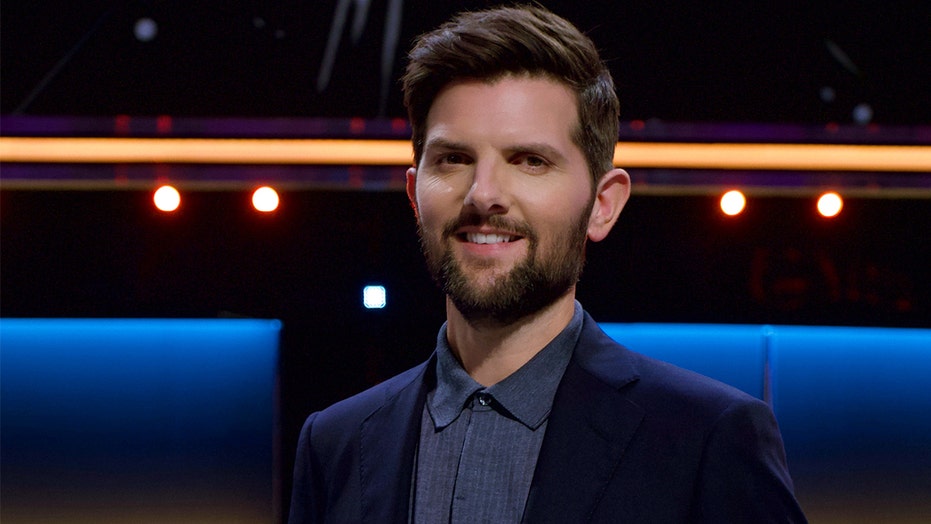 Adam Scott has got the gig of a lifetime hosting the new family game show “Don’t," but he has one specific trend he hopes to reverse when it premieres this summer.

The “Big Little Lies” star hopped on a virtual conference call with reporters on Tuesday ahead of the premiere for his new reality game show, in which contestants are given the opportunity to team up with their family and friends for the chance to win a cash prize of up to $100,000 by tackling hilarious tasks, each with a simple rule: "don't."

Executive produced and voiced by actor Ryan Reynolds, each episode will see members of a four-person team strive to accomplish various challenges, such as don't blink, don't drink, and don't get tired as they work together to build their bank. If they fail a challenge, they don't earn money and suffer ridiculous consequences.

Scott also serves as producer of the wacky production, but the comedian simply wants viewers and contestants to have a great time – but he also longs for his two children, daughter Frankie and son Graham, to get on board and actually watch something that he’s in for a change.

“They think it's ridiculous. They've never really shown an interest in watching stuff that I'm in. I hope that sort of ends with this. I feel like they could like it,” Scott, 47, quipped to reporters when asked by Fox News what his kids think about the prospect of their father joining a long list of notable show hosts.

“One thing is there is a billboard for the show right down the street from our house, and that's been deeply embarrassing to them,” Scott continued. “So it's not a great start, ABC – as far as hooking my kids in – is having a billboard down the street from our house. They are not happy about that, but I think they would get there. I think they would like it the most if they could get a blooper reel. They like watching me screw up. That's what would amuse them the most, I think.”

As for the overall feeling many of the challenges on "Don't" radiate? Scott, who held a role on the popular sitcom “Parks and Recreation,” agreed that there's a summer camp element.

'DON'T' - 'Don't Be a Wiseguy' - Lisa, David, Jamie and Giuseppe from Brooklyn, New York, do their best to master challenges.  (ABC)

“That's part of what I like about this show, is that it's families competing together,” Scott exuded. “And these challenges require them to work as a unit, help each other out and there's usually one person up on the chopping block and the rest of the family has to answer a question or whatever and you're just trying to keep that person from either being dropped 40 feet from the ceiling into a kiddy pool of water or hanging upside down trying to catch baseballs or eating spicy food.

“So as a family, you have to work together. And you're right, there are some of these giant stunts [that] are really summer camp-ish," he noted.

In readying himself for the sneakily difficult role of hosting a game show, the “Good Place” performer said that while landing the post wasn’t necessarily a bucket-list item for him, in creating his own unique style and delivery Scott studied some of his favorite all-time hosts, which he joked might come out “in a panic.”

“I had never thought of myself as someone that could do a job like this,” he said. “I grew up idolizing David Letterman and still do. And so when this came around, that's who I immediately thought of as if I were to reach for something – if I were to steal from anyone in a panic if I needed to, that's where I would go.

“I also really loved Ken Ober, the host of 'Remote Control' on MTV, when I was a teenager that I love,” he added. “I thought he was hilarious. So in between fits of panic, if you see me [display] any influence from those two, I wouldn't be surprised.”