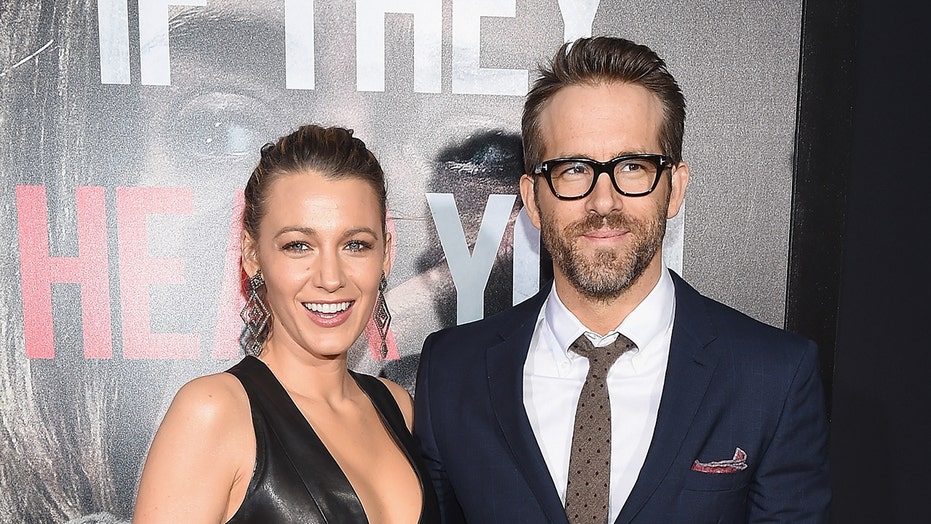 The “Deadpool” star appeared on “The Tonight Show Starring Jimmy Fallon” on Tuesday and this time instead of shading his wife with often blurry or off-angle social media photos, he’s quipping that he chose to quarantine with the “Savages” actress and his fantastical family over his “secret” one.

"I'm quarantined with my family, with Blake and our three daughters and my mother-in-law as well. I know, it's the best,” Reynolds, 43, told the late-night host. “It's one of those things where it's a split-second decision, right? You're thinking like, 'Oh yeah, we've all got to quarantine together.' But you're thinking, 'This is going to be a few days.' At least I like the people – I love them, the people I'm quarantined with."

Reynolds explained tongue-in-cheek that his decision to choose his “Hollywood” bunch, which includes the pair’s three daughters, James, 5, Inez, 3, and a recently-welcomed third girl -- whose name hasn't been revealed by the couple yet -- was a difficult one.

"It was a toss-up for a minute there, should I quarantine with my publicly facing family or my secret family in Denmark? It was a real toss-up. I miss [my Denmark family] very much right now," Reynolds said, adding that eventually, "I went with the Hollywood family. It's been great. It's a decision I don't regret at all. It's been fun."

He said that being home all the time now “sets a dangerous precedent” that he jokingly suggested he might not be able to live up to.

"I think when we look back at this thing years from now, they're going to think about me and how I used to be a present dad. And I worry about that," he teased, adding that valuable family time has "actually been amazing."

Ryan Reynolds quipped to Jimmy Fallon that he chose to "secret" one. (REUTERS/Brendan McDermid)

"I'm trying to let myself appreciate it as much as possible because at the same time I'm thinking there are so many people in the world [for whom] this is not a good thing," he said. "This is causing free-floating anxiety for a lot of people and different things. So I'm trying to let myself appreciate the actual face time with the family and spending as much time as possible [with them]."

The “Free Guy” star went on to tell Fallon that being at home has helped him hone in on a new parenting skill – adaptability, especially when catering to three young girls in the household.

"It really does vacillate between deep, beautiful connection and then suddenly it's like the third act of 'Aliens,'” Reynolds noted. “Suddenly I'm having a totally normal conversation with a three-year-old and she's spitting acid in my face and I'm running for my life in the belly of the ship and wearing nothing but a tank top and sweaty as hell. It changes on a dime, right?"