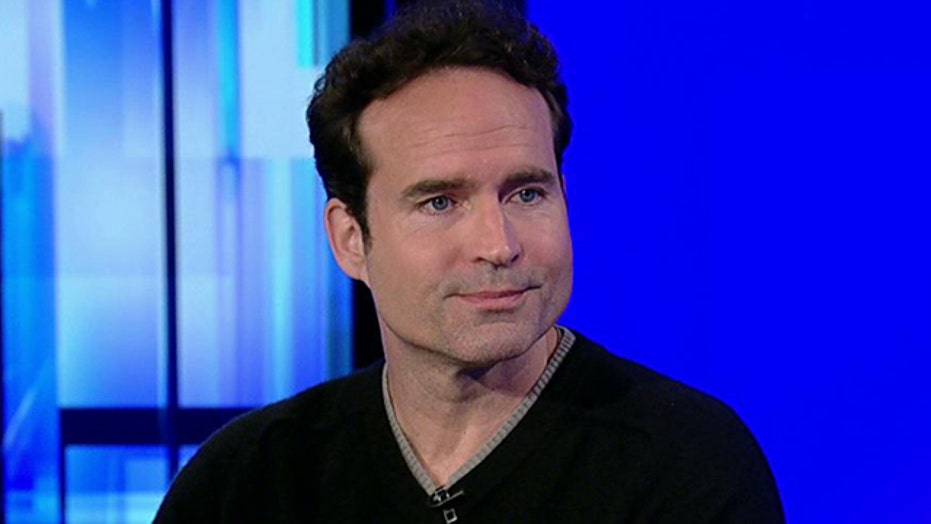 Actor Jason Patric is fighting back against California’s laws that have kept him away from son Gus.

Patric fathered the boy, 3, with girlfriend Danielle Schreiber via in-vitro fertilization. But the couple later broke up and Patric wasn’t recognized as the father, according to California law, which gives sperm donors no parental rights unless they are married to the mother or have a written agreement.

“The Lost Boys” star says he hasn’t seen Gus in 38 weeks since Schreiber cut off contact. Now, the distressed dad is taking action. He hosted the first Stand Up for Gus fund-raiser in Los Angeles Wednesday night to raise money to support a legal defense for families who have been “broken down from this system.”

Patric explained to us: “I don’t have nights with Gus anymore, so I’m going to have this evening, and we’re going to shine a light on this injustice.”