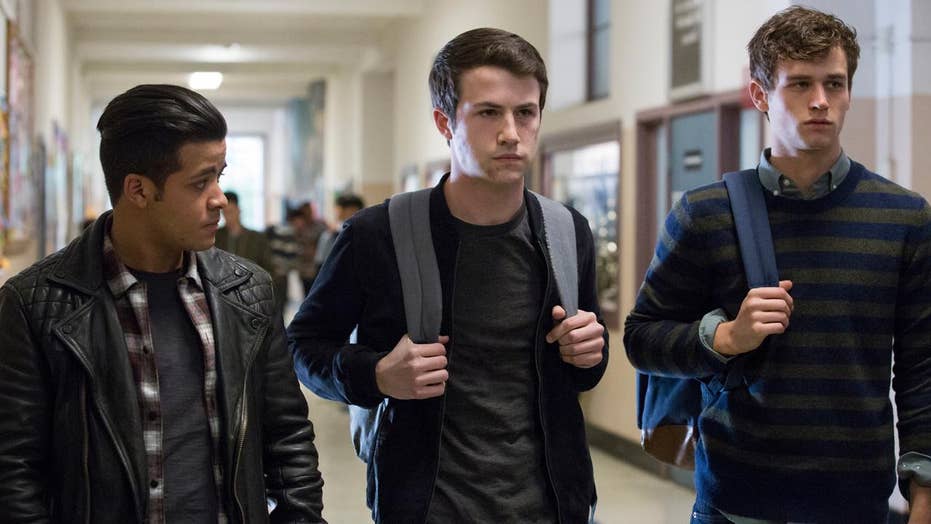 There are calls for Netflix to cancel the controversial series '13 Reasons Why' following the second season's finale episode, which includes a graphic sexual assault scene that some viewers felt crossed the line.

There are calls for Netflix to cancel the controversial series "13 Reasons Why" following the second season's finale episode, which includes a graphic sexual assault scene that some viewers felt crossed the line. The show was previously accused of glorifying teen suicide in its first season.

[Spoiler alert: This article contains details of the season 2 finale of "13 Reasons Why."]

The Season 2 finale depicted a male teenager being sexually assaulted with a mop handle.

The episode, titled “Bye,” follows Tyler Down, a student who was often bullied by his peers, coming back to school after receiving treatment at a diversion program. Tyler walks into the boys bathroom, where a few of his peers, including bully Montgomery de la Cruz, start beating him up.

Tyler’s head is smashed in the bathroom’s mirror and against the sink before the boys pushed his face into the toilet bowl. Meanwhile, Montgomery grabs a mop, takes the wooden end of it and sexually assaults Tyler with it. The boys leave Tyler in a bloody mess before running out of the bathroom.

The episode did include a warning that informed watchers the show would have disturbing scenes.

One too many reasons not to watch '13 Reasons Why'

“The following episode contains graphic depictions of sexual assault and drug abuse, which some viewers may find disturbing. It is intended for mature audiences. Viewer discretion is advised,” the warning read.

Following the sexual assault, Tyler attempts to go to his school dance armed with an automatic rifle. The series ends on a cliffhanger, with a few students trying to talk Tyler out of shooting his peers.

The scene left many viewers divided on whether it went too far, with some even calling for the series to be canceled.

One viewer tweeted: "Still shaking at that Montgomery- Tyler bathroom rape scene in #13ReasonsWhy. Don't know how the hell I was able to keep up with this insensitive s--- show. Cancel this."

Another chimed in: "Netflix better cancel '13 Reasons Why.' I don’t ever want to see anything like season 2 again."

The series has come under scrutiny previously for its depiction of teen suicide. In the first season of the show, which is based on a book, Hannah Baker commits suicide but leaves behind tapes to the people she said had a role in her decision to take her life. Some critics claimed the show glamorized suicide.

Last year, two California families blamed the show for the deaths of their daughters claiming it acted as a trigger for the depressed teens.

Netflix agreed to add content warnings to the original series in response to demands made by mental health advocates.

All episodes of the second season of “13 Reasons Why” premiered on Friday.