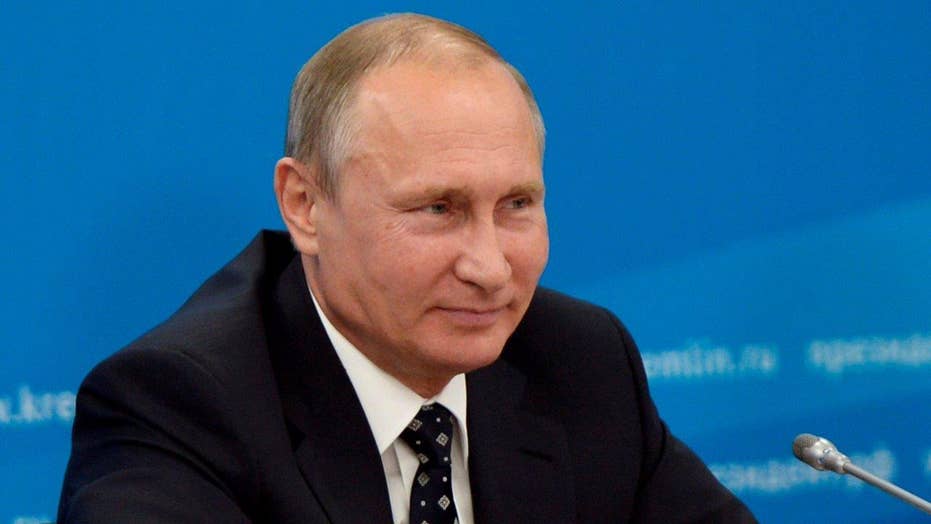 Is it too late to accuse Russia of interfering in WH race?

Russian President Vladimir Putin on Tuesday canceled plans to travel to Paris next week, amid heightened tensions between Moscow and the West over the conflict in Syria.

French President François Hollande said after the cancellation that he had demanded any meeting with Mr. Putin in Paris be devoted solely to the situation in Syria, where some Western officials have said Russia’s involvement in the bombing of the northern city of Aleppo could amount to war crimes. The Russian leader instead decided to postpone the trip, he said.

“I consider it necessary to have a dialogue with Russia,” Mr. Hollande told the Council of Europe in Strasbourg, France. “However, this dialogue must be firm and honest, otherwise it has no purpose and it’s a sham.”

Kremlin spokesman Dmitry Peskov said the visit to Paris was canceled after a ceremony marking the opening of a multimillion-dollar Russian Orthodox cathedral and cultural center in the heart of the French capital was dropped from the schedule, Russian news agencies reported.

Mr. Peskov said the Russian leader would reschedule his visit to Paris at a “convenient time” for Mr. Hollande.

“The president isn't isolated,” Mr. Peskov added. “His very intense international schedule is proof of the opposite.”

The canceled visit is another sign of the rapid breakdown in relations between Russia and the West over Syria, where Moscow intervened in September 2015 on the side of the government of President Bashar al-Assad.

Since the rebellion against Mr. Assad erupted in the spring of 2011, at least 400,000 people have been killed, according to Staffan de Mistura, the United Nations special envoy to Syria, and more than 11 million have been forced to flee their homes.