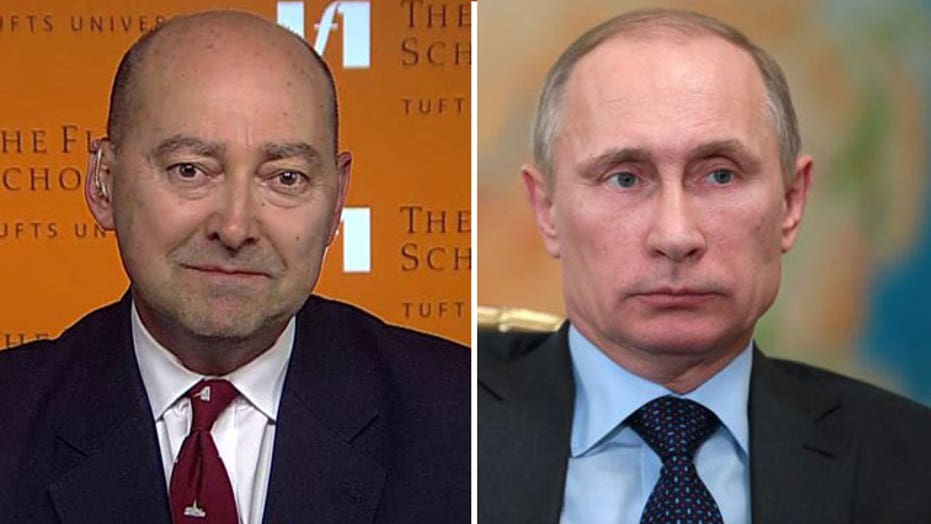 Insight from Admiral James Stavridis, dean of the Fletcher School at Tufts University

MOSCOW – Russian President Vladimir Putin has signed a decree to make losses of Russian troops in peacetime a secret.

The decree published on the official government website and signed by Putin on Wednesday makes it a state secret to divulge information about peacetime losses of Russian troops in "special operations."

The decree comes as evidence of Russian involvement in the conflict in eastern Ukraine is mounting.

Ukraine last week captured two men who it said were Russian officers operating on the side of the separatists in eastern Ukraine. The Russian defense ministry said the two are no longer active servicemen. The two men, however, insisted in several video interviews that they were in Ukraine on their commanders' orders.

"Not only is this decree a blatant attack on freedom of expression, it also has sinister undertones that will intensify speculation President Putin has something to hide - specifically losses incurred by Russia's military in Ukraine," John Dalhuisen, the organization's Europe and Central Asia director, said in a statement.