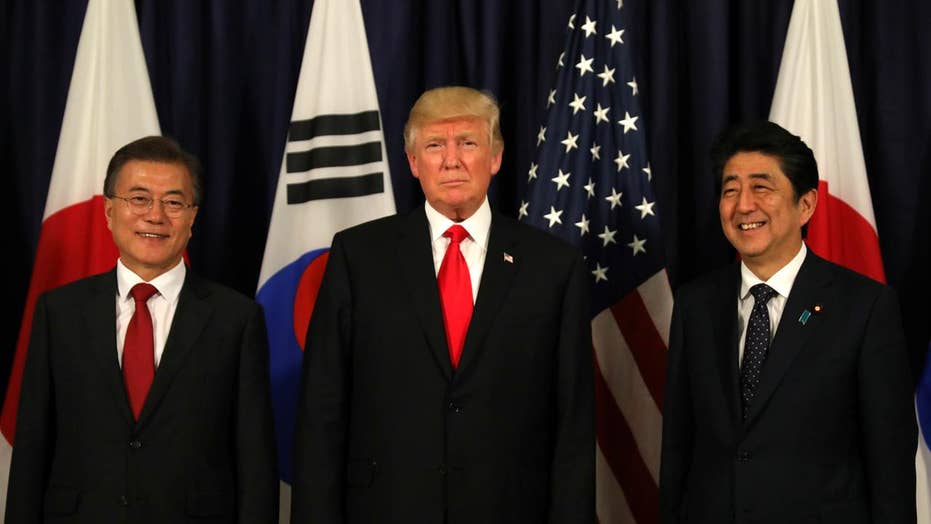 Moon, in a speech ahead of the G-20 summit in Germany, also  proposed the two Koreas resume reunions of families separated by war, stop hostile activities along the DMZ and cooperate on the 2018 Olympics to be held in Pyeongchang, South Korea.

"The current situation where there is no contact between the relevant authorities of the South and the North is highly dangerous," Moon said. "I am ready to meet with Chairman Kim Jong Un of North Korea at any time at any place, if the conditions are met and if it will provide an opportunity to transform the tension and confrontation on the Korean Peninsula."

Moon added that he is ready to put all issues on the negotiating table, including the North’s nuclear program and the signing of a peace treaty to officially end the Korean War.

Since taking office in May, Moon has been trying to improve ties with North Korea, but his efforts have produced little, with the North testing a series of newly developed missiles including an ICBM on Tuesday.

The North's ICBM launch, its most successful missile test to date, has stoked security worries in Washington, Seoul and Tokyo as it showed the country could eventually perfect a reliable nuclear missile capable of reaching anywhere in the United States. Analysts say the missile tested Tuesday could reach Alaska if launched at a normal trajectory.

After the launch, Kim said he would never put his weapons programs up for negotiation unless the United States abandons its hostile policy toward his country. Kim's statement suggested he will order more missile and nuclear tests until North Korea develops a functioning ICBM that can place the entire U.S. within its striking distance.