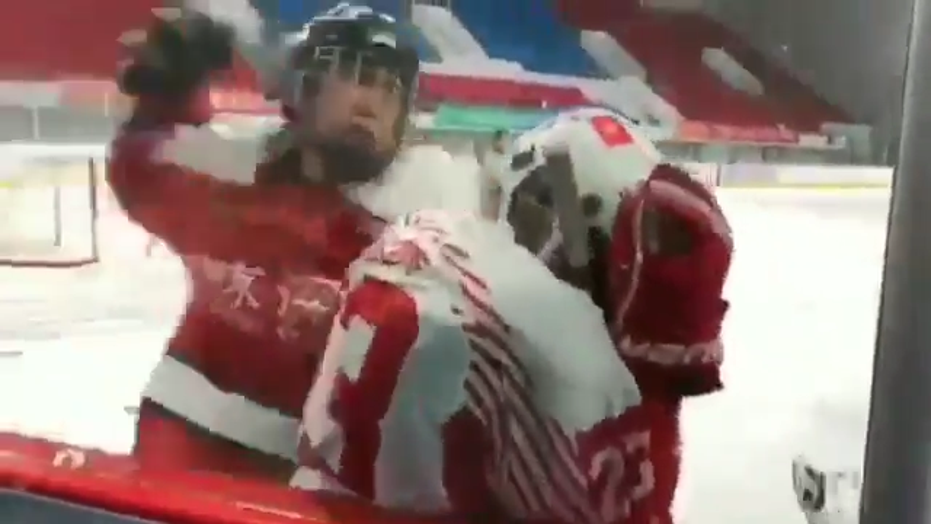 The beating erupted at the end of a National Youth Games match between two boys’ teams on Wednesday held in Chengde, northeast of Beijing, prompting the China Ice Hockey Association to ban several Chinese players for one year.

The Hong Kong team was winning 11-2 against the team from the mainland city of Shenzen when the attack on the players occurred, according to the South China Morning Post.

The brawl comes at a time of hostility between mainland China and Hong Kong, with protesters frequently taking to the streets to complain against the growing Chinese influence in the city’s politics that demonstrators say are eroding democratic rights.

Massive demonstrations erupted last month in Hong Kong against an extradition bill that would have allowed suspects to face trial in mainland China.

Critics warned that the bill would compromise the precious rights of Hong Kong and break the agreement that guaranteed the city’s autonomy from the Chinese communist government.

The video of the beating was widely shared on social media and shows two Chinese players attacking Hong Kong’s number 23, reported to be Jonathan Wong. He appeared to try to shield his face from the punches.

Other fights can be seen in the background, while a woman is heard urging the boys to stop the fighting. Only after referees intervened did the skirmishes ended.

The Chinese sport officials said the brutal scenes were a “collision,” though the association assured that similar incidents won’t happen again.

None of the players were seriously injured as a result of the beating.