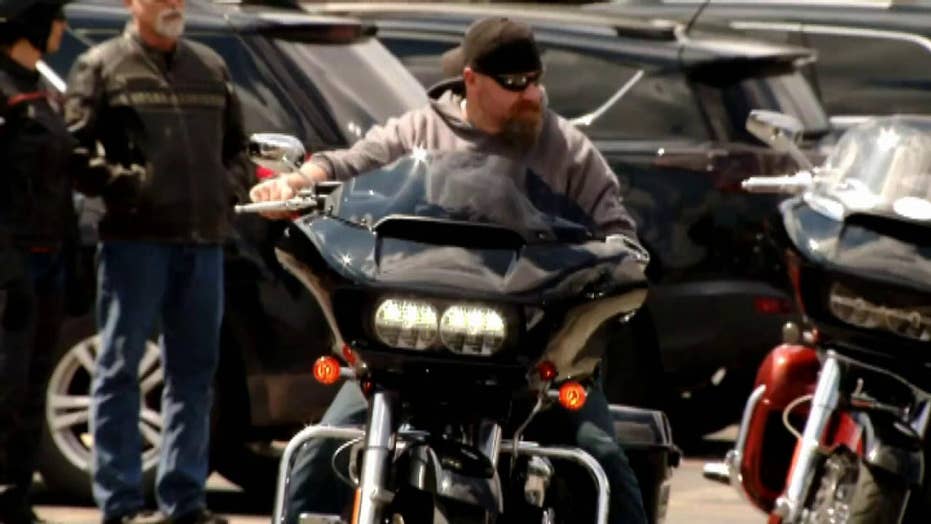 Rob Thiede of Fond Du Lac, Wisconsin, plans to use the motorcycle to pay the good deed forward.

With an applause, a few tears and the keys to a new ride, Rob Thiede was given a Harley Saturday afternoon.

And while some might say a bike is nothing more than an expensive toy, Thiede disagrees.

"This isn’t a toy or me this is a tool," he explained. "It’s a tool to kind of release from my personal demons that I have from war."

Having served on an Iraqi operation, Thiede knows personally what it’s like to have things he can’t talk about.

AIRLINE DEBUTS MILITARY-THEMED AIRCRAFT AHEAD OF HONOR FLIGHT TO DC

It’s why he plans on using the bike pay it forward.

"I want it to also be a tool to let other veterans know, 'hey, you know everything’s possible if you put our mind to it,'" Thiede said.

It was a gift from Hogs for Heroes, an area nonprofit.