After four months and tons of speculation, the winner of the $1.537 billion Mega Millions lottery jackpot still hasn't come forward to claim the life-changing prize.

The lottery ticket was sold at the KC Mart #7 store in Simpsonville, S.C., on Oct. 24, 2018, creating a stir in the small, tight-knit community, the Greenville News reported.

A month before St. Patrick's Day, Gee Patel, owner of the winning store, put out a sign that said, "luck struck here!" Fitting, considering the odds of winning were less than one in 300 million.

That stir turned to confusion and speculation over why the winner hasn't yet claimed the prize. He or she has until late April, or 180 days after the date it was sold, to claim the prize before it becomes worthless. The state will send out an announcement when the prize is claimed, but the winner can request to remain anonymous, officials have said.

David Stevenson, an accountant in South Carolina, shared his reasoning for the delay. "I could understand there might have been tax advantages to wait until 2019," Stevenson told USA TODAY. "But I see no purpose in waiting now. Honestly, I think it's lost."

With rumors circulating, people living in the area had their suspicions.

"I heard it was the guy in Fountain Inn or the guy in Gray Court or the guy here or there ... but nobody knows," said Kent Early, who occasionally buys tickets from the winning store.

"Anyone who quit their day job right after the drawing is a suspect," said Stevenson. 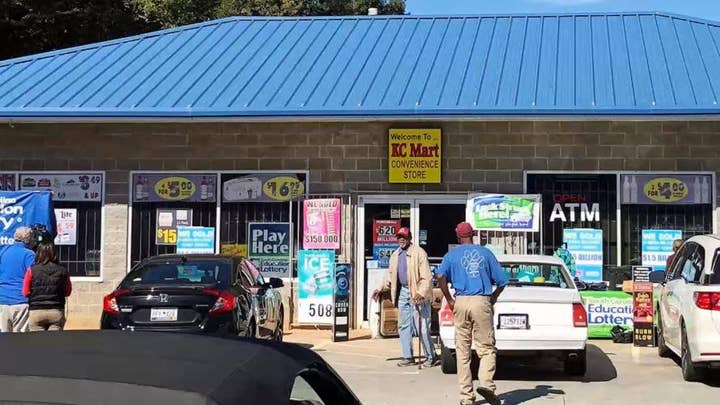 Patel said he would receive just under $50,000 for the win, but he can't claim those winnings if the owner of the winning lottery ticket never steps forward.

The state of South Carolina would have received about $61 million in state income taxes; last week the state removed that amount from its spending plan. $61 million equates to roughly half a percent of its entire spending plan, according to The Associated Press.

The good news is South Carolina would a percentage of the ticket sales back. Lottery spokeswoman, Holli Armstrong, says that amounts to roughly $11.2 million.

So to avoid all of this -- Will the real Mega Million's winner please stand up?