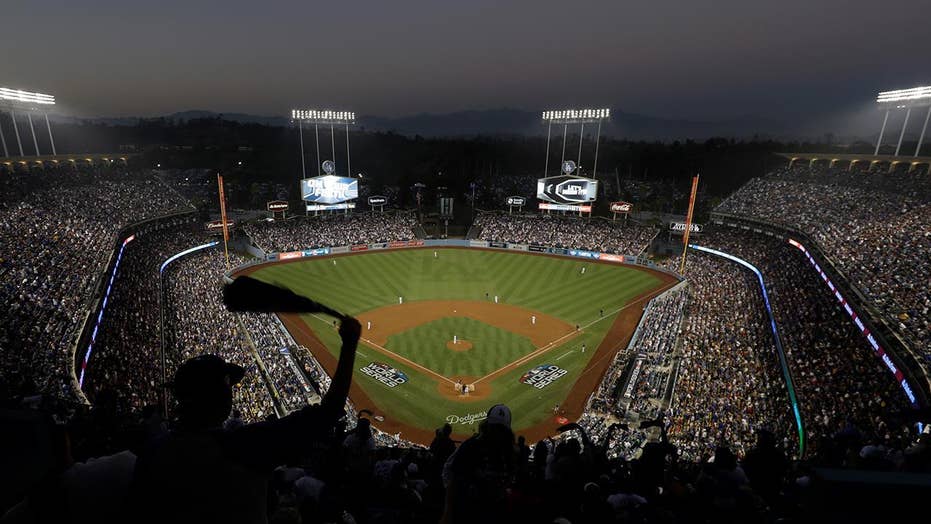 The victim's wife says she was on the phone with him and heard the entire attack; Trace Gallagher reports from Los Angeles.

A 43-year-old father of four was brutally beaten in the Dodger Stadium parking lot on Saturday after a verbal confrontation turned physical and was listed in critical condition early Monday.

The victim was identified by his wife as Rafael Renya. His injuries included a fractured skull and bleeding on the brain. The beating occurred after the team lost to the Arizona Diamondbacks 5-4 after 13 innings, FoxLa.com reported.

Authorities in Los Angeles are searching for the suspect.

“Somebody needs to come forward,” Christel Reyna said. “I know people saw it. I heard them.”

His wife was on Facetime during the fight and listened to the struggle, The Los Angeles Times reported.

She said she heard the entire assault. The team issued a statement obtained by the paper that read a “witness immediately reported the incident to stadium personnel, and emergency medical technicians were promptly dispatched to provide medical assistance at the scene. The matter is now being investigated by the Los Angeles Police Department, and the Dodgers are cooperating fully with the investigation.”

There has been a GoFundMe page set up for the family.