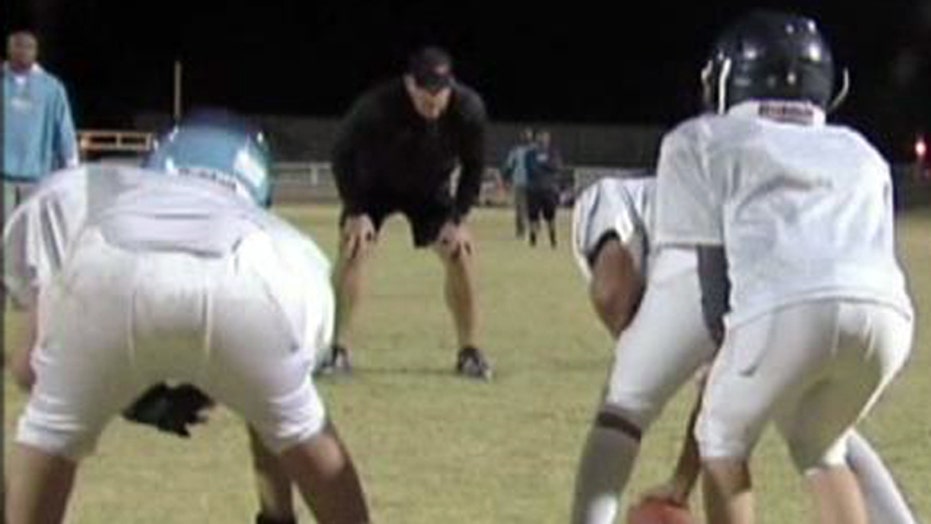 Every year after the Super Bowl, I figure I have a few months of respite before football takes over our lives on the weekends again.

But in our Sioux Falls, South Dakota, neighborhood, it doesn’t seem like football season ever ends. If there are boys outside playing, more often than not a football is flying through the air.

I love watching my 10-year-old son, Josh, and his friends run from yard to yard laughing, and then tackling each other before someone breaks into a makeshift end zone victory dance. And in the fall, my heart swells with pride when Josh puts on his helmet and pads and runs out onto the field with his junior football team.

Football, however, isn’t all fun and games. In recent years, it’s a sport that’s undergone serious scrutiny. The game is extremely physical at all levels, from pee wee to professional — and injuries are not uncommon.

There’s a growing body of research that suggests that repeated hits to the head can result in Chronic Traumatic Encephalopathy, or CTE, a progressive degenerative brain disease that can cause Alzheimer’s-like symptoms of memory loss, aggression and possibly suicide. The first diagnosis of CTE in a professional football player came in 2002.

Recently, for the first time, the NFL acknowledged a link between football and CTE.

Troubling news, to be sure — and why a small group of moms is pushing for new federal rules on contact sports for kids. In March, these moms took their cause to Washington, D.C., hoping to persuade members of Congress to ban heading in soccer, tackling in football and rugby, and checking in hockey for young athletes.

I admire their initiative. But federal regulations are not the answer. Common sense, and a few changes to the game, are.

USA Football, the country’s governing body on youth football, launched Heads Up Football in 2012, a program that emphasizes a safer and smarter way to play and teach kids the game.

Funded in part by the NFL Foundation, Heads Up Football is designed to change the culture around football and enhance player safety at the youth level. It's about promoting coaching education, concussion recognition and response, heat preparedness and hydration, sudden cardiac arrest, proper equipment fitting and proper blocking and tackling techniques.

South Dakota Junior Football, my son's league, is one of thousands of youth leagues across the country that participate in the program. Coaches in the league are required to follow Heads Up Football guidelines. Because of this, my son and his teammates aren’t only learning the fundamentals of the game, they’re learning how to do them right — meaning when they engage with a defender, they drive with their legs and maintain the correct body position for effective and safer play.

Last year, USA Football went one step further, limiting full contact to just 30 minutes during a practice session. Those small changes will change the sport of football, making it a better, safer game for players at all levels.

Still, I know playing football is not without risk. My son broke his arm playing two-hand touch football at recess last year when he fell trying to catch an interception and a classmate landed on top of him.

But the benefits definitely outweigh the risks.

Staying active probably tops the list. It’s good for kids to get outside, to run and play. I can tell by my son’s attitude if all he’s done is sit around and binge-watch Cartoon Network shows all day. If he doesn’t get up and move around, he’s one crabby kid. Getting into the habit of staying physically active is a lifelong investment in your health.

It’s more than just physical. Football is character building, too, an incredible learning experience for Josh. Not a "natural," he has to work extremely hard to earn his playing time. When his team wins, his hard work pays off. When his team loses, he’s motivated to work harder for the next time. That’s a valuable lesson — both on and off the field.

Football is also a team sport like no other. In basketball, you can have one star on the court making all the plays, making all the points. But not in football. Every single kid has a job to do. The receiver can’t score a touchdown without the quarterback. Being a good teammate doesn’t end when the clock runs out.

Like anything, however, parents have to decide whether or not football, or any other contact sport, is right for their family. Common sense — not federal regulations — needs to prevail.

And this is why in the fall, you’ll find me at the football field, cheering on my son and his team.

How My DIY Project Turned into ‘Help Me, Please!’

The Disorder Everyone Disowns