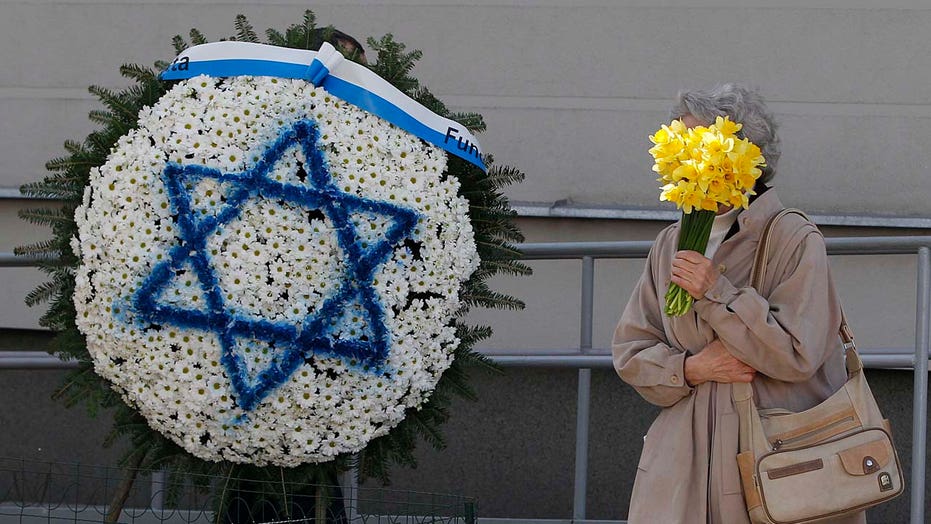 The town of Russellville holds the March of Remembrance every year to honor and commemorate the survivors and the millions of people – mostly Jewish – who were killed during the Holocaust.

On Sunday, the peaceful event – which included a World War II veteran who helped liberate the Dachau concentration camp in April 1945 – was interrupted when members of the Shield Wall Network walked by them yelling racial slurs.

Billy Roper, the leader of the Shield Wall Network, told the Courier News that they protested the march due to the controversy surrounding a scholarship at Arkansas Tech University that was named after late professor Michael Link. The Anti-Defamation League and others have accused Link of being a Holocaust denier.

The university has said the claims against Link cannot be substantiated with evidence.

“The purpose of showing up at the event was to show solidarity with an honored professor’s memory and opposition to the outside Jewish agitators, the ADL, whom Dr. Sarah Stein brought in to try and pressure my alma mater, ATU, into censoring free speech and academic expression,” Roper said.

Stein, who is Jewish, teaches at Arkansas Tech, KFSM reported.

Videos purportedly from the march show a group of people carrying Nazi flags and posters yelling at marchers.

Despite the interruption, the event continued as planned. The speakers included Jason Dowd, the grandson of two Holocaust victims; Beryl Wolfson, a World War II veteran, and Stein.

Wolfson, 96, said he saw the liberation of the concentration camp with his own eyes and says he shares his story so that people “never forget, because it could happen again.”

Robert Vork, an associate professor of English at Arkansas Tech University and an attendee at the event, told the Courier News that listening to Wolfson recall his memories from Dachau was “one of the most moving, revealing and angering things” he’d ever witnessed.

"That courageous old man's shaking voice is a call to all of us,” he added.

The newspaper reported that Roper’s group held a follow-up demonstration in the City Mall parking lot after interrupting the march.