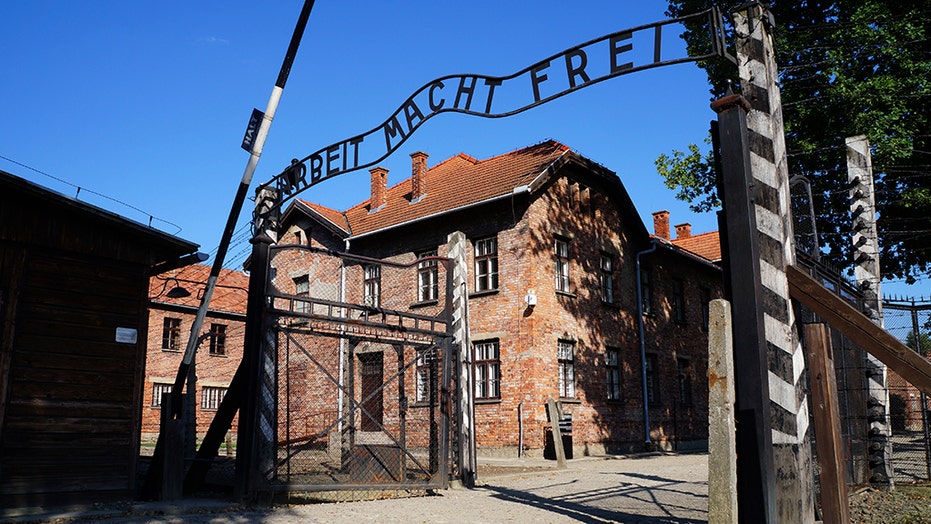 The Auschwitz Museum denounced an online marketplace for independent artists Wednesday over the sale of memorabilia featuring images of the infamous Nazi death camp.

“Do you really think that selling such products as pillows, mini skirts or tote bags with the images of Auschwitz — a place of enormous human tragedy where over 1.1 million people were murdered — is acceptable? This is rather disturbing and disrespectful,” the museum tweeted at Redbubble, an Australian-based company.

The museum details the history of the Auschwitz-Birkenau complex in Poland, where over 1 million people -- most of them Jews -- died during World War II.

Redbubble features dozens of products emblazoned with images and references to the Holocaust and the concentration camp, including stickers, T-shirts, coffee mugs and pillows. The company did not respond to a Fox News request for comment late Tuesday.

The company replied to the museum's tweet, saying: "Thank you for bringing this to our attention. The nature of this content is not acceptable and is not in line with our Community Guidelines. We are taking immediate action to remove these and similar works available on these product types."

In March, the museum criticized an image of visitors balancing themselves on railroad tracks in a tweet, the Washington Examiner first reported.

“When you come to @AuschwitzMuseum remember you are at the site where over 1 million people were killed. Respect their memory. There are better places to learn how to walk on a balance beam than the site which symbolizes deportation of hundreds of thousands to their deaths,” the museum said.

An exhibit slated to open Wednesday at the Museum of Jewish Heritage in New York will tell the story of Auschwitz death camp through 700 artifacts, most of which are borrowed from the Auschwitz Museum. The traveling exhibition titled “Auschwitz, Not Long Ago, Not Far Away,” was first seen in Madrid by over 600,000 visitors in a 14-month period, the New York Times reported.