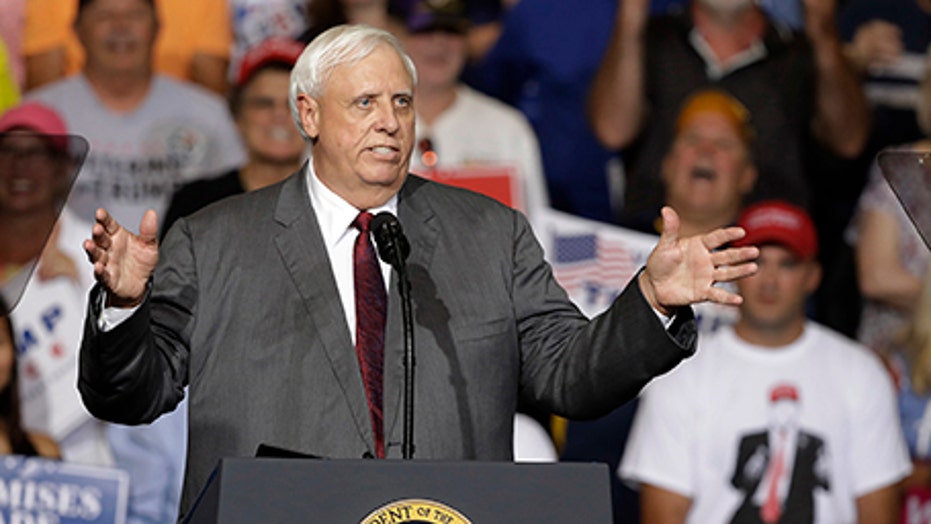 A lawsuit seeking to order West Virginia Gov. Jim Justice to reside in the state capital, Charleston, continued its course in court Wednesday, but the case hit the snooze button as the judge requested more documents from both parties.

The billionaire Republican governor has been criticized for not spending enough time in the state’s capital and for being a "part-time" governor.

West Virginia Delegate Isaac Sponaugle, a Democrat, filed the lawsuit over Justice’s residency last year, claiming Justice should comply with the state Constitution that says the governor “shall reside at the seat of government,” which is Charleston.

Justice has said he lives in Lewisburg, which is 100 miles from Charleston and the governor’s mansion. Lewisburg is about 10 miles from White Sulphur Springs – home to The Greenbrier, a resort Justice owns. The governor’s net worth is around $1.5 billion, and he owns dozens of companies, as well as coal mines and farms. Some of Justice's companies also have faced lawsuits over fines and debts owed.

"You can have more than one residence, and he resides in the capital and he resides wherever he chooses on a nightly basis," Justice's attorney, Michael Carey, said following Wednesday’s hearing. "But, the fact remains he continues to perform the duties as governor in his discretion, and he resides as the Constitution requires in Charleston."

Sponaugle has sued Justice twice before, and both cases were thrown out.

"All I’m asking for the man to do is follow the Constitution and he has the inability to do that," Sponaugle said.

Justice has said the case "is a total waste of time," the AP reported.

"This lawsuit is a frivolous political stunt designed to distract from the important work that needs to be done for the state," Justice's general counsel, Brian Abraham, said Wednesday in a statement.

The Associated Press obtained daily schedules from Justice through records requests and reported in May that "he’s rarely been at the statehouse, almost never meets with his Cabinet and was largely missing at a critical point in this year’s legislative session."

Justice said at the time that "the calendar referenced is in no way, shape or form indicative of my time spent serving as governor."