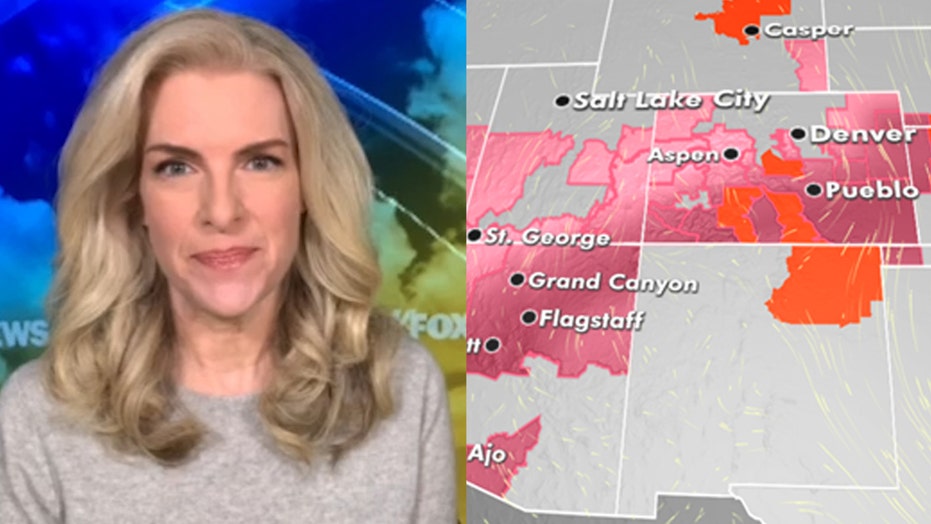 Another day of wet weather is on tap Tuesday as the flood threat continues in the Southeast, and the other side of the country faces possible fire and ice.

An area of low pressure that's hanging out over the Southeast will bring an additional 2 to 4 inches of rain for parts of North Carolina through Wednesday.

Flash flooding is possible, especially in the eastern part of the state.

Forecasters have been keeping an eye on a nontropical, low-pressure area off the coast of the Carolinas, but there's a minimal chance it develops into something further.

There is a slight chance of tropical development over the next 5 days. (Fox News)

Regardless of development, heavy rainfall is still expected over northeastern South Carolina and eastern North Carolina.

A stalled weather pattern is expected to bring heavy rain through Wednesday for coastal parts of North Carolina into Virginia. (Fox News)

This stalled weather pattern also is causing temperatures to be well below average for the Carolinas and Virginia.

A stalled weather pattern is expected to bring heavy rain through Wednesday for coastal parts of North Carolina into Virginia. (Fox News)

By Wednesday, this weather system will slowly head north into southern and central Virginia.

Between 1 to 2 inches of rain is possible along the Blue Ridge Mountains of western Virginia.

Temperatures will rise during the week, but are not expected to return to normal until the weekend.

Cool Northwest, snow for the Rockies

Up to a foot of snow is forecast to fall in the northern Rockies as the Northwest sees cool temperatures. (Fox News)

On the other side of the country, the Northwest is also much cooler for this time of the year as another system along with an impressive cold front moves in.

Up to a foot of snow is forecast to fall in the northern Rockies as the Northwest sees cool temperatures. (Fox News)

The higher elevations of Idaho and Montana could get over a foot of snow where winter storm watches are in effect.

Travel could be difficult through Wednesday morning, as hazardous backcountry conditions also are expected, according to the National Weather Service (NWS).


The fire threat continues across the Southwest and into the Plains on Tuesday. (Fox News)

Over the Southwest, elevated to critical fire weather persists on Tuesday due to very dry, windy and hot weather.

Red-flag warnings are up for parts of Nevada to the high plains of eastern Colorado and western Kansas.