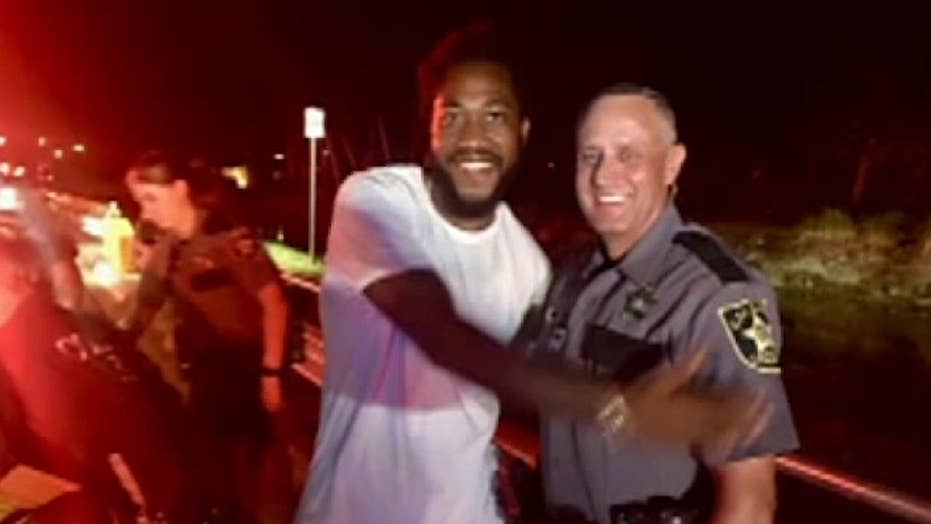 Raw video: Florida deputy helps deliver baby on the side of the road

A sheriff's deputy in Florida assisted a woman who was giving birth in a car on the shoulder of the highway.

Dashcam video posted on social media shows a Florida deputy helping deliver a baby on Tuesday after pulling over a car for speeding.

The Collier County Sheriff’s Office posted video of the delivery on its Facebook page on Wednesday and wrote, “We still can't believe this dash cam video from yesterday morning, when Deputy Robert Pounds helped deliver a baby during a traffic stop.”

In the four-minute video Pounds “narrates the details of the call and talks about having to spring into action to help deliver a healthy baby girl,” the post said.

The delivery took place around 4:30 a.m. Tuesday on the side of a Naples roadway after Pounds spotted a car doing 63 mph in a 45 mph zone and went to stop it, an earlier post on the page said.

When Pounds approached the car, the man in the driver’s seat said his wife was in labor.

As the baby’s head crowned, Pounds called for an ambulance and backup. He grabbed gloves and a “sterile blanket” from his patrol vehicle and walked back to the car.

Shortly after: the cry of a newborn, and the sound of Pounds saying, "Congratulations you got a little girl.”

In the video, Pounds said the baby squeezed his finger with “a nice, firm grip,” adding that mother and child both appeared to be OK. “Mom handled it really well,” Pounds said.

“This was definitely not your typical traffic stop," Pounds said. "In my 26 years as a law enforcement officer I never encountered a traffic stop where someone was giving birth.”

“It was exciting. It was a bit nerve-racking, but I was happy to be the one to help these people have their child and I’m glad everything turned out OK.”