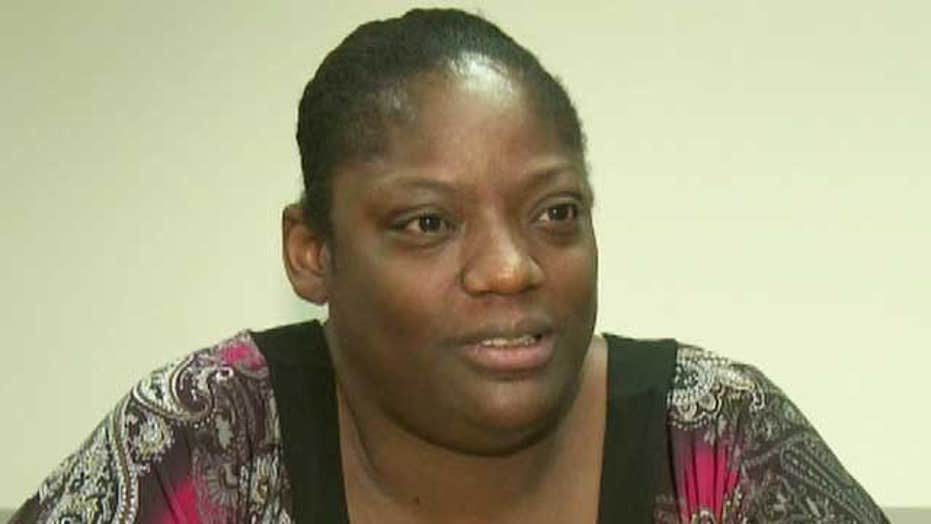 A waitress who posted a receipt with a note from a pastor complaining about the automatic gratuity added to her bill has reportedly been fired from her job.

Chelsea Welch, who was terminated from her job at a St. Louis-area Applebee’s on Wednesday, told Consumerist.com that she posted the note from Alois Bell as a “lighthearted joke” and had no clue the story would end up going viral.

“I thought the note was insulting, but it was also comical,” she told the website. “I posted it to Reddit because I thought other users would find it entertaining.”

Bell, a pastor at Truth in the World Deliverance Ministries Church, scratched out the automatic 18 percent tip (for parties of more than eight) and wrote a “0” where the additional tip would be indicated.

Bell, a mother of three who heads a 15-member congregation, later called Welch’s manager to complain that her snide note was publicized, ultimately resulting in the waitress' firing.

“[It was] a lapse in my character and judgment,” Bell told the Smoking Gun. “My heart is really broken … I’ve brought embarrassment to my church and ministry.”

An Applebee’s spokesman told Consumerist.com that the company apologized to Bell for violating her “right to privacy” and confirmed that Welch is no longer employed by the franchise.

“I am expected to portray a canned personality that has been found to be least offensive to the greatest amount of people,” Welch told the website. “I come home exhausted, sore, burnt, dirty, and blistered on a good day. And after all that, I can be fired for ‘embarrassing’ someone who directly insults their server on religious grounds.”

Welch added: “I’ve been stiffed on tips before, but this is the first time I’ve seen the Big Man used as reasoning."

Now without a job, Welch said she’ll focus on finding another gig so she can pay for college.

“In the meantime, hopefully I can find a job that pays more than $3.50/hr,” she told Consumerist. “Or where people are willing to tip well.”

A Facebook page called "HIRE BACK Chelsea" has since been created in support of Welch. As of midday Friday, more than 4,500 visitors backed Welch, including some who indicated they will boycott Applebee's.