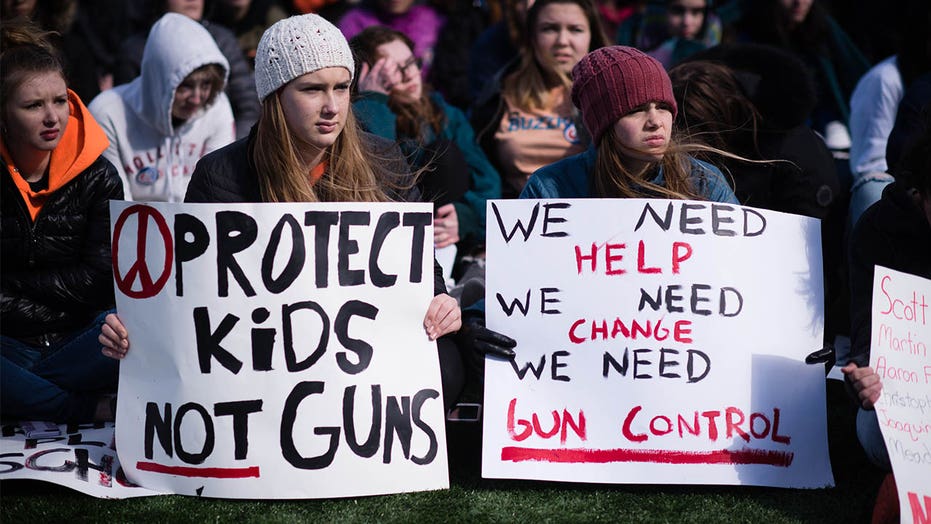 One of the largest school districts in the United States has announced that it will allow students one excused absence per school year to participate civic activities such as protests.

Fairfax County Public Schools in Virginia plans to start allowing the absences Jan. 27, 2020, news outlets reported. The district is the largest school system in the state.

Students in seventh through 12th grades can use the day for “civic engagement activities” such as attending marches or meeting with lawmakers, according to district spokeswoman Lucy Caldwell.

The new policy was introduced by Fairfax School Board member Ryan McElveen, according to The Washington Post. He says the rule may be the first of its kind in the U.S.

“I think we're setting the stage for the rest of the nation with this,” McElveen said. “It's a dawning of a new day in student activism, and school systems everywhere are going to have to be responsive to it.”

MCLEAN, VA - MARCH 14: Virginia students, mostly from McLean High School participated in a rally against gun violence on Wednesday morning March 14, 2018 at Lewinsville Park in McLean, VA on the day of the National School Walkout. Sisters, Rachel McCollough, left, and Easton McCollough, both 15 and 10th graders at McLean High School, sat in the front row of the rally.  (The Washington Post via Getty Images)

But, some experts told the Post that skipping school to attend protests tends to favor liberal causes.

“Kids on the right who are active, they tend to be doing it by preparing to run for school board, or being aides in legislature,” said Meira Levinson, a Harvard University professor who studies education.

“People who call themselves conservatives probably do still count respecting authority — staying in school — as a crucial and central tenet of the social order,” said Thai Jones, a lecturer at Columbia University who studies radical social movements.

Students must give at least two days notice before the absence, school officials said. A parent or guardian has to give permission and students must fill out a form to explain the reason they're missing school, McElveen said.

To address worries about accreditation, the student must stop by their school campus at least once on the day of their excused absence, McElveen said.

“The school board felt that this was something that could be formalized and wanted to put it in writing,” Caldwell told WTOP-FM. “There were many students who were engaged and have been engaged and it was decided that it was time to go ahead and put into place.”

Oakton High School senior Wendy Gao, 18, leads several groups that fight climate change and has missed five days of school in recent months to participate in activism. She told the Post she hopes the new policy will increase the number of students who attend climate strikes.

“Skipping school and business as usual is to show that there's no point in going to school if we are having our future taken away from us,” she said. “There's not a point to our education if we're not going to be alive in 10 years, 20 years, the end of the century.”