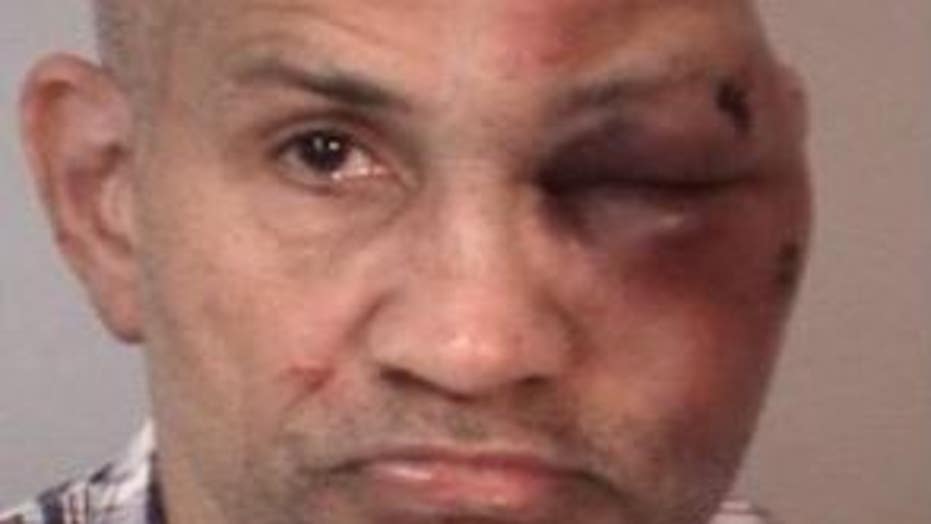 A Virginia dad on Sunday brutally beat a man after he caught him allegedly molesting his two young children, police said.

Deputies responded to a disturbance coming from a residence in the 6800 block of Luce Lane in Spotsylvania County Sunday morning, the sheriff’s office said in a press release.

Upon arrival, they encountered a “chaotic scene.” A man, later identified as 60-year-old Mark Stanley, had severe injuries to his face. Another man was displaying a handgun and approaching Stanley.

Deputies commanded the second man to drop the gun, which he did, the sheriff’s office said. He told the deputies that Stanley had been visiting the family for the holidays. He said he had caught Stanley in his children’s room “nude from the waist down.” The children are ages 2 and 3.

When asked what he was doing in their bedroom, Stanley allegedly pushed the dad out of the bedroom and locked the door, the sheriff’s office said. The dad reportedly then forced his way into the bedroom and began beating Stanley.

Stanley was taken to a hospital for his injuries and later taken into custody at Rappahannock Regional Jail under no bond. He is charged with two counts of taking indecent liberties with a child and assault.

The children were also taken to a hospital to be evaluated for possible injuries. Their father has not been charged with any crime. The investigation is ongoing.