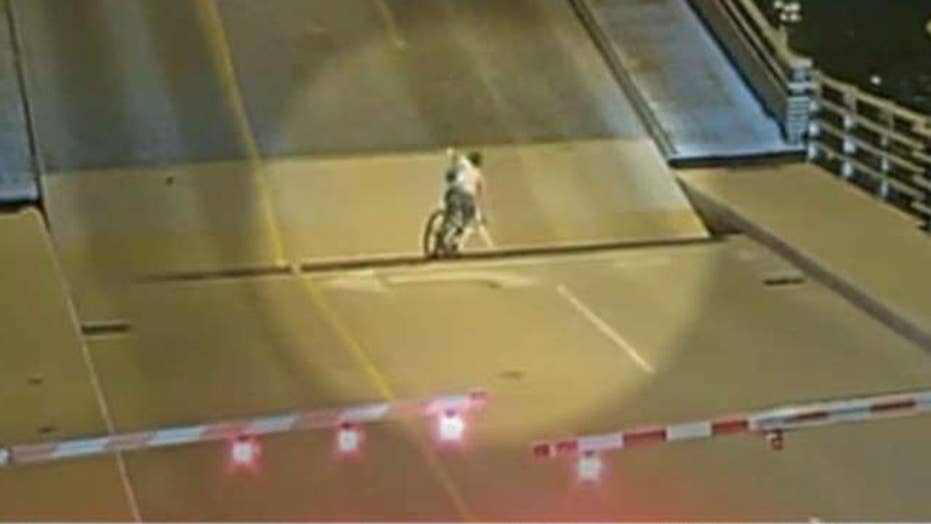 Surveillance video shows bystanders come to cyclist's rescue after the woman rode through warning gates and fell into gap.

The Wisconsin Department of Transportation on Monday released a video recording of a bicyclist riding through the warning gates of a draw bridge and falling between the gap, WISN.com reported.

The unidentified 37-year-old woman suffered facial injuries in the July 4 fall off the Racine Street Bridge in Menasha, which is south of Green Bay. The incident occurred at about 10:30 p.m. and the woman was eventually pulled out of the gap.

The bridge operator was alerted to the incident and kept the bridge in place while the woman was being removed.