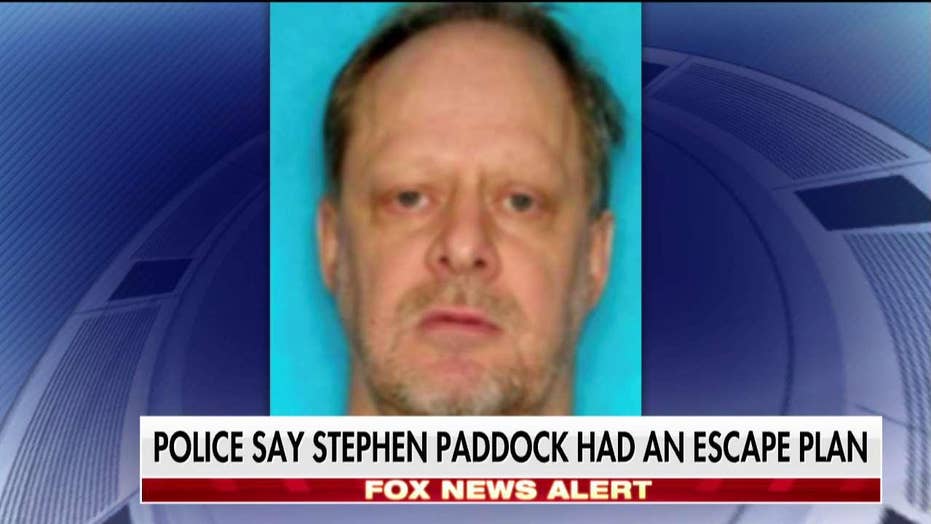 The CPD's findings come following a report by TMZ alleging Paddock booked one room at the Blackstone Hotel on Michigan Avenue for Aug. 1, two days before the festival began on Aug. 3. Paddock then booked a second room for an Aug. 3 arrival. Both rooms had a checkout date of Aug. 6, which is when the festival ended. Paddock specifically requested that both rooms be a "view room" overlooking Grant Park, site of the annual concert.

The CPD's conclusion was based on information it says it "can't reveal right now."

“We are aware of the media reports and have been in communication with our federal partners,” Chicago Police spokesman Anthony Guglielmi wrote in a statement. “As you saw earlier this week, the city conducts extensive public safety planning and training around major events, in close coordination with our law enforcement partners, to ensure public safety.”

Chicago police told Fox News that the Las Vegas Metropolitan Police Department remains the lead agency in the investigation and would be pursuing the Chicago leads.

Lollapalooza is Chicago’s premier music festival, held every summer. It attracts tens of thousands of concertgoers who travel from around the world to see dozens of major artists and performers. It’s been attended by celebrities and even Malia Obama, a daughter of former President Barack Obama.

This report comes as other information indicates that Paddock might have also booked rooms overlooking another major music festival in Las Vegas in September, called Life Is Beautiful, which attracts about 50,000 people to that city.

Media outlets also reported Thursday that Paddock may have scouted sites in Boston as well.

“We are aware of the media reports referencing a Boston connection to the Las Vegas mass shooting incident that occurred on Sunday, October 1, 2017,” the city’s police department said in a statement. “The Boston Regional Intelligence Center is in contact with our local and federal law enforcement partners here and in Las Vegas and continues to monitor the situation. There is currently no known threat to the Metro Boston Homeland Security Region related to this incident.”