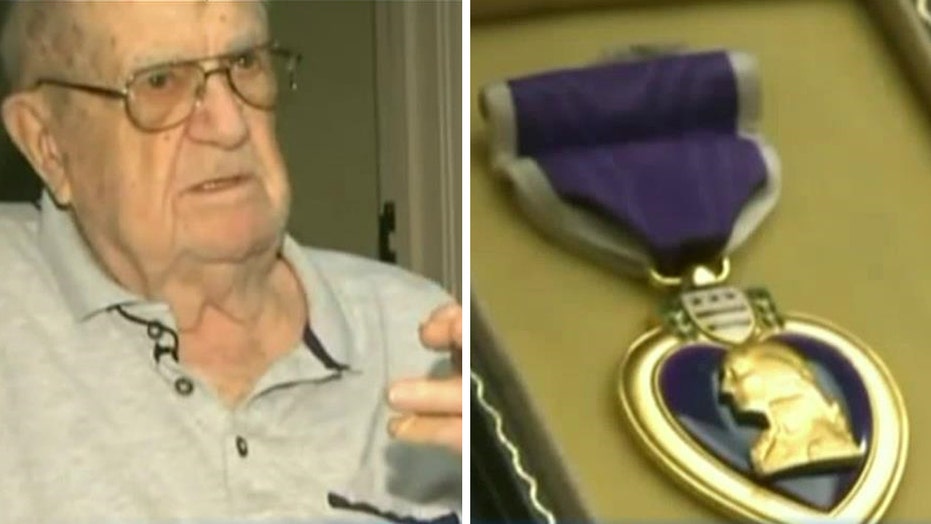 The Veterans Affairs Department refuses to pay benefits to a World War II vet in his 90s who was wounded in combat and earned a Purple Heart.

Fox 2 Now in St. Louis reports that after Emil Limpert submitted an application for benefits to the Department of Veterans Affairs he was told he needed to provide more proof that he was in the military.

“I get this letter that says we can’t accept it because we’ve got no record of you being in the service,” he told the station. “I guess I’m the unknown soldier.”

He was wounded in a foxhole in the Philippines in 1944.

“There were four guys in there, and two guys got killed,” he told the station. “And then the other guy, he got his leg… Oh, hell. I guess he lost his leg. It was slit in four places where a grenade hit between us and I got one in my leg.”

Limpert said he waited until now to apply for benefits because he is down to nothing.

He and his wife live in an assisted-living facility outside St. Louis.

His application included plenty of documentation, including discharge papers, the names of his foxhole pals and the X-ray of his wounded leg. The proof also included his Purple Heart and two Bronze Stars he received in the Pacific.

Fox 2 reported the VA letter asks Limpert to submit affidavits from fellow service members, most of whom are dead, or the location of the hospital where he was originally treated.

“There ain’t no hospital,” he told the station. “We were in the jungles.”

The station reported that Limpert’s military records were apparently among the millions destroyed in a massive fire in Overland, Missouri, in 1973.

The station also reported that it sought comment from the VA in Washington without success.

Limpert has now turned to his local senator for help in the matter.