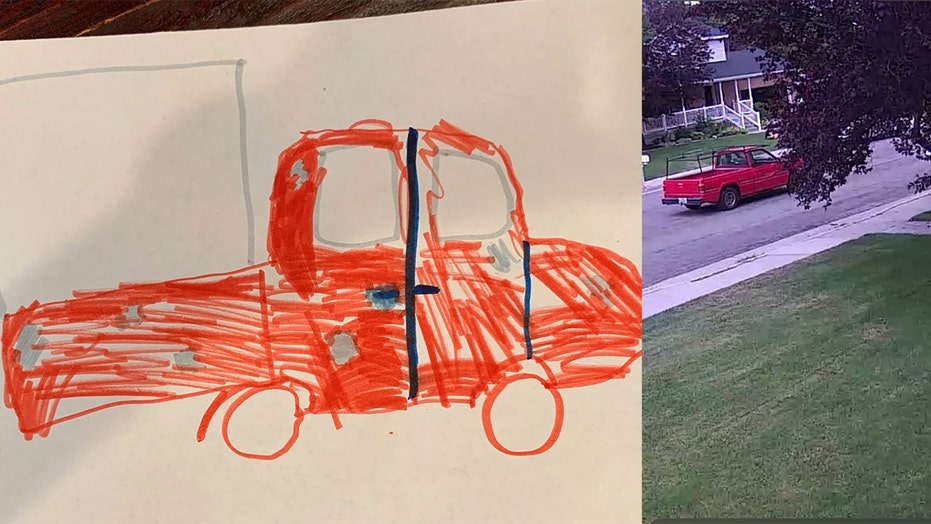 One girl's memory and artistry may help authorities in Utah crack an unsolved case.

The Springville Police Department wrote in a Sunday post on Facebook that, while officers were investigating a recent package theft, one of the cops found a 9-year-old witness to the crime.

When Cpl. Curtis asked the girl if she spotted a vehicle nearby, he got a "very well drawn" picture of a truck.

FLORIDA DEPUTIES TEAM UP TO SPRUCE UP CANCER PATIENT'S BACKYARD

The photo drawn by the girl was a red pickup truck, complete with dents on the side and a rack in the truck's rear.

A photo of suspect vehicle drawn by a 9-year-old girl in Utah, and the truck police were able to identify in a surveillance video. (Springville Police Department)

Authorities were able to find the truck in a surveillance video obtained from near the scene of the crime that nearly matches the drawing the girl.

"Here at SVPD we leave no stone unturned when it comes to investigating misdeeds in Springville City," police said.

Police said the truck in the photo was occupied by a man and woman who were seen following a mail truck around.