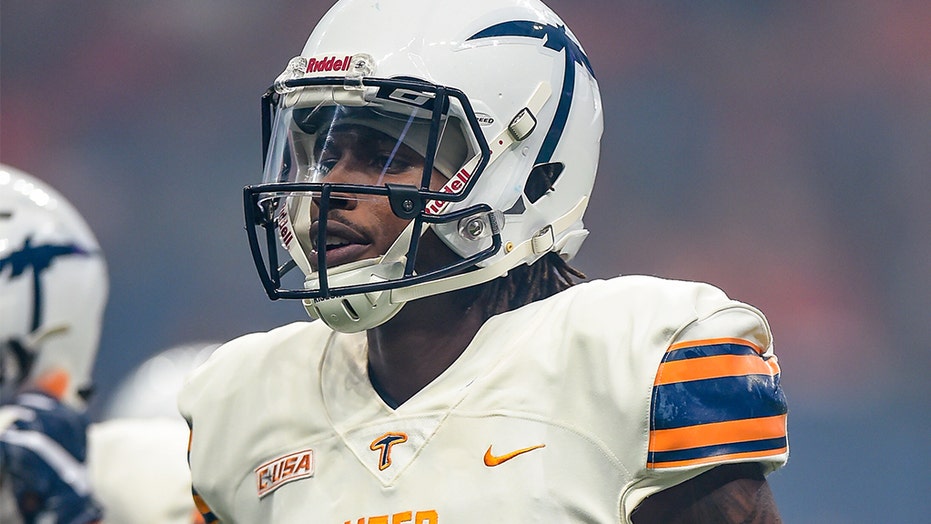 In addition to the alleged threat, Locksley, 22, was charged with driving while intoxicated, possessing less than two ounces of marijuana and unlawful carrying of a weapon, the jail records showed.

He was booked on Saturday and was released the same day after posting bail.

The university did not immediately respond to Fox News’ request for comment. However, The Baltimore Sun reported the school suspended him in response to the arrest, attributing a statement from the team’s football coach.

“While the severity of these charges is concerning, it would not be appropriate to determine a course of action until we have all the facts,” Dana Dimel, the university’s head football coach, said in the statement adding that Locksley was suspended from the team in the meantime.

After transferring from Iowa Western, where he was the National Junior College Athletic Association’s Offensive Player of the Year, Locksley was the starting quarterback in eight of his nine games for University of Texas, El Paso last year, according to the official website of UTEP athletics. He had three passing touchdowns and six rushing touchdowns last season.

The 6-foot-4, 212-pound quarterback was expected to be the starting quarterback for the 2019 season.

Locksley’s parents did not immediately respond to Fox News’ request for comment.