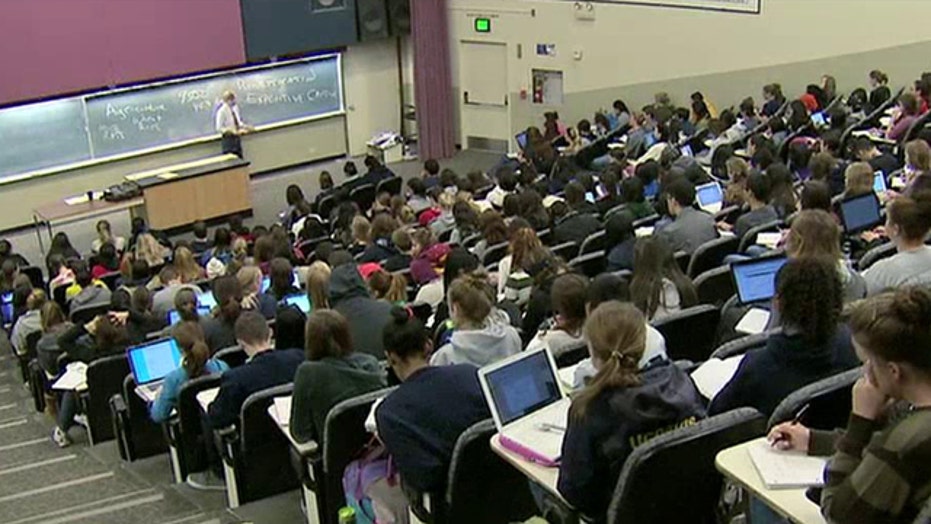 A University of Texas dean said Thursday he’s leaving the school to pursue a different job in large part because of the new Texas law that will allow concealed firearms in public college classrooms.

Fritz Steiner, dean of the Texas School of Architecture, was named dean of the University of Pennsylvania School of Design. He said he wouldn’t have considered leaving if not for the new law, which takes effect prior to the start of the fall semester Aug. 1.

"I thought I would be responsible for enforcing a law I don't believe in," Steiner said.

Texas lawmakers voted in 2015 to force public colleges to allow concealed handgun license holders to bring their weapons into college buildings and classrooms, despite vigorous objections from higher education officials, faculty and students across the state. Supporters said the law was a critical self-defense measure and protection of constitutional rights.

Steiner said he's not anti-guns, but doesn't want them in the halls of higher education. Texas faculty have worried allowing guns could have a chilling effect on academic freedom and frank discussions in classrooms.

"I grew up hunting. My father was a Marine and a policeman. I'm not a stranger to firearms in any way," Steiner said. "I grew up believing there was an appropriate place for guns and it was not in a place of higher education and higher learning."

Jonathan Snow, president of the faculty senate at the University of Houston, echoed Steiner’s concerns to the school’s Board of Regents, according to the Houston Chronicle on Wednesday.

"Academics know the intrusion of gun culture into campus inevitably harms academic culture," Snow told the Board of Regents.

University of Texas President Greg Fenves last week reluctantly approved rules for where guns will be allowed on his campus. Fenves doesn't support guns on campus but said he had no choice but to enforce the law. His office declined comment Thursday.

The law gives private institutions a choice to ban guns, and most have done that.

Fenves has said allowing guns on campus will make it harder to recruit and retain top faculty and students. Steiner's departure would be the most immediate high-profile result of that prediction.

"I can report that it's already part of the conversation when I was trying to recruit and retain faculty and recruit graduate students," Steiner said of the campus carry law. "It's certainly on the minds of many faculty and students."

"Intellectually, these professors are no different than someone whose actions are defined by an irrational fear of sharks, witchcraft, or vaccines," the student group said.