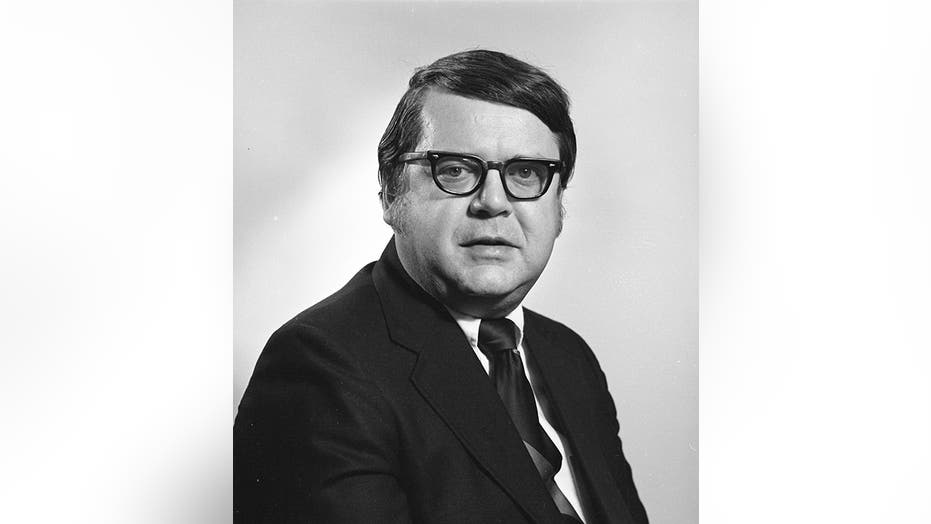 The first woman to accuse USA Gymnastics and Michigan State University athletic doctor Larry Nassar publicly of sexual abuse is now slamming the University of Michigan for "choosing corruption" in its handling of late "Doctor ‘Drop Your Drawers’" case.

The University of Michigan announced Wednesday that five former patients of Dr. Robert E. Anderson alleged he sexually abused them during exams and a complaint in 2018 led to a police investigation. The university had removed him from his position as director of student health services in 1979, but he remained at Michigan and later became its football team’s top doctor before he retired in 2003. Anderson died in 2008.

Robert Julian Stone, now 69, alleged Anderson assaulted him during a medical appointment at the university’s health center in 1971. He said he alerted university officials last summer, inspired by the national #MeToo movement against sexual misconduct, but later contacted The Detroit News because he felt “stonewalled” by the school when he sought documentation on the investigation.

“They had the choice 19 months ago to do the right thing and become leaders,” former gymnast Rachael Denhollander said Saturday in an interview with The Associated Press. “They chose corruption — again — and they put the survivors in a place where they had no choice but to speak publicly.”

“Instead of immediately pursuing transparency, and saying `How could this happen on our watch? We are going to make sure this never happens again,’ they kept it quiet and buried it,” Denhollander continued in her telephone interview. “They forced the survivors to have to speak publicly to get anything to happen. That’s despicable. It’s re-victimizing and re-violating.”

In this Jan. 20, 2020 photo, Robert Julian Stone looks over his medical records in his home in Palm Springs, Calif. Stone, a former University of Michigan student, alleges that the late University of Michigan Athletic Department physician Robert E. Anderson sexually assaulted him during a medical examination in 1971. (Kim Kozlowski/Detroit News via AP)

Larry Nassar, a former USA Gymnastics national team doctor and an osteopathic physician at Michigan State University, was accused of sexually assaulting at least 250 young women and girls and one young man dating back to 1992. He was convicted in 2018 on multiple sexual assault charges and sentenced to serve an additional 40 to 125 years in prison. He also was an alum of the University of Michigan and worked as a trainer in that school’s athletic department in the 1980s.

The Detroit News started reporting on the allegations before the university announced its investigation. Records obtained by the AP revealed University of Michigan officials were warned more than four decades ago that Anderson was fondling patients during medical exams. He continued working there despite the demotion and went on to allegedly abuse again as a physician with the school’s athletic department.

One former student, who wrestled at the University of Michigan in the 1970s, reported to the UM’s Office for Institutional Equity in 2018 that he was molested by Anderson when he was 17 years old. In his letter, he said Anderson had a reputation as “Doctor ‘Drop Your Drawers’.” He also said he later refused to see the doctor and, therefore, never recovered from an elbow injury, which caused him to be dropped from the team and lose a full-ride scholarship.

The letter, included in a 91-page police report obtained by The Ann Arbor News/MLive through the Freedom of Information Act, said the student-athlete first sought treatment from Anderson for a form of herpes common to wrestling. He said he didn’t think twice when the doctor asked to examine his penis “as I knew at the time that some forms of herpes manifest themselves there.”

Two years later, Anderson performed penis, hernia and prostate checks – despite the student coming in with an elbow injury. In his letter, the former student said his roommate at the time warned him that a cross country runner who also saw Anderson was asked if he had “any homosexual tendencies” during penis and prostate exams. He said rather than returning to Anderson for treatment, he became “a very cautious one-armed wrestler.”

“The removal from the team when I was 20 years old took away the only identity I had ever had until that point in time,” the letter said. "It embarrassed the hell out of me in front of my wrestling friends on the Michigan team, and around the country. I still feel inferior around them and I have a gnawing urge to explain and apologize to them."

In announcing the investigation Wednesday, the University of Michigan officials said they were making the information public now following a determination the previous day by the Washtenaw County prosecutor’s office that no criminal charges would be authorized because Anderson is deceased.

University spokesman Rick Fitzgerald said Saturday the school had been asking the Washtenaw County prosecutor’s office if charges would be coming against Anderson for months and found out none would be authorized on Tuesday at the same time the Detroit News was notified.

“I understand why it may look differently to people reading about it, but I can say with complete confidence that we were waiting on the prosecutor to make a decision," Fitzgerald said. "As soon as we learned there would be no charges, we put out a press release, made information available, established a hotline to get more information and offered to provide counseling for those affected in the communities in which they live.

"We're also engaged with an independent law firm to drill down to get the answers to the many questions we all have about how this happened at the University of Michigan. We very much want to get to the bottom of that,” said Fitzgerald.