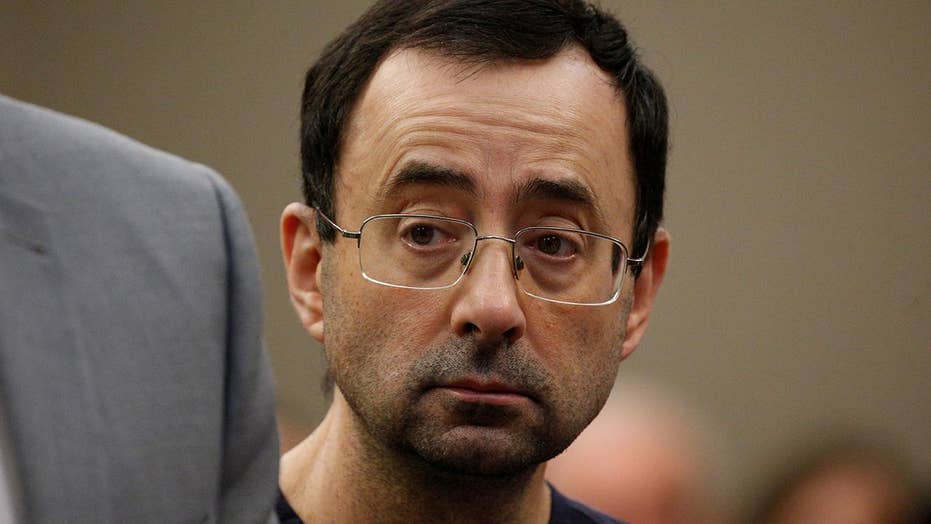 “I just signed your death warrant,” Judge Rosemarie Aquilina said. It was the culmination of a remarkable seven-day hearing in which more than 150 of Nassar's victims gave impact statements detailing the abuse they endured at the hands of the former team doctor and Michigan State trainer.

She continued: "It is my honor and privilege to sentence you. You do not deserve to walk outside a prison ever again. You have done nothing to control those urges and anywhere you walk, destruction will occur to those most vulnerable."

"It is my honor and privilege to sentence you. You do not deserve to walk outside a prison ever again."

Nassar pleaded guilty to assaulting seven people in the Lansing, Michigan, area between 1998 and 2015. He has already been sentenced to 60 years in prison for child pornography crimes and is scheduled to be sentenced next week on other assault convictions in Eaton County, Michigan.

When the hearing ended on Wednesday, the courtroom broke into applause.

Before his sentencing was announced, Nassar told his victims that "no words" could describe how sorry he was for his crimes. He said the testimony against him had "shaken me to my core."

"I will carry your words with me for the rest of my days," he said.

In a brief statement, Nassar said the accounts of more than 150 victims had "shaken me to my core." (REUTERS)

The 54-year-old was working at Michigan State University and USA Gymnastics, which trains Olympians, when he sexually abused the athletes.

A prosecutor said Nassar found competitive gymnastics to be a "perfect place" for his crimes because victims saw him as a "god" within the sport.

"It takes some kind of sick perversion to not only assault a child but to do so with her parent in the room," prosecutor Angela Povilaitis said. "To do so while a lineup of eager young gymnasts waited."

She described the "breadth and ripple" of Nassar's sexual abuse as "nearly infinite."

Nassar's accusers, which included U.S. Olympic gymnasts Mckayla Maroney, Aly Raisman, Gabby Douglas and Simone Biles, said he would use his ungloved hands to touch them inappropriately while they were on a table seeking help for various injuries.

“Larry, you do realize that this group of women you so heartlessly abused over such a long period of time are now a force and you are nothing,” Raisman said in court on Friday.

The accusers, many of whom were children at the time they were abused, said they trusted Nassar to care for them properly, were in denial about what was happening or were afraid to speak up. He sometimes used a sheet or his body to block the view of any parent in the room.

"You are no longer victims, you are survivors," Aquilina said before the sentencing. "It stops now. Speak out like these survivors."