The man accused of killing two University of North Carolina at Charlotte students was indicted Monday on murder charges.

Trystan Andrew Terrell, 22, was charged last week after he allegedly opened fire on campus. The indictments handed down charge him with murder, attempted murder and assault following the attack, according to the Mecklenburg County District Attorney's Office.

Two students — Riley Howell, 21, and Ellis Parlier, 19 — were killed, and four others were injured when police say the suspect began shooting on campus on April 30.

Terrell was a student at the school but withdrew before the end of this semester, officials said. He allegedly entered a classroom and began shooting with a legally purchased pistol. Authorities said Terrell allegedly targeted the specific room, but it was not immediately clear why.

Howell was soon described as a hero who "took the assailant off his feet" after he began shooting. 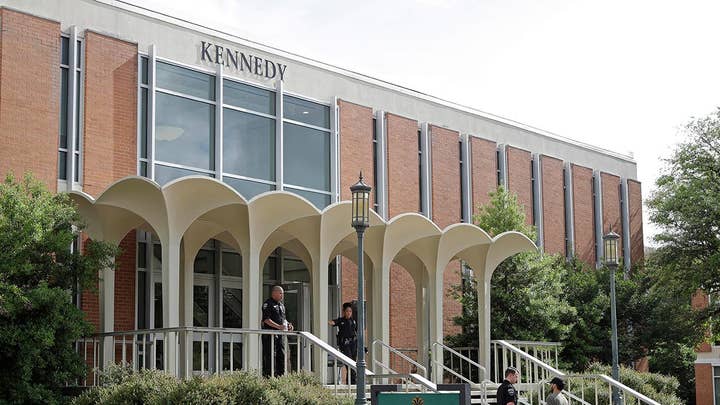 Charlotte-Mecklenburg Police Chief Kerr Putney said last week that Howell "did exactly what we train people to do."

It would be an "understatement" to say Howell tackled the gunman, but it "would be appropriate," according to Putney. He said that if Howell didn't approach the gunman, he "might not have been disarmed."