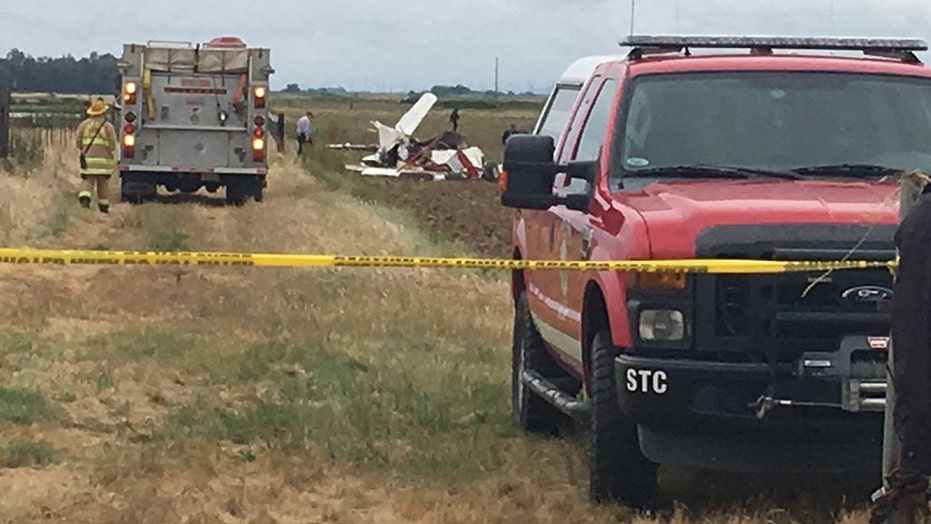 Both pilots were killed Wednesday when two single-engine planes collided in midair over Northern California, according to the Federal Aviation Administration.

The Grumman G-164C Ag Cats, which are used as crop dusters for agriculture in the area, crashed near the community of Pleasant Grove. The pilots were planting rice seeds with their aircrafts.

HELICOPTER REPORTED DOWN ON MANHATTAN'S WEST SIDE

"We gotta have these pilots. They got to keep this farming thing going and that’s what it's all about," Tom Beilby, a friend of both victims, told FOX40.

Authorities initially believed the crash involved a single plane, but once police arrived at the scene, they realized two planes had collided.

The two pilots were identified as 62-year-old Brian Van Dyke and 58-year-old Burton Haughley, according to the Sutter County Sheriff’s Office.

Authorities are unsure what caused the planes to collide.

Both pilots grew up around airplanes and had been flying since their childhoods, Beilby said.

"It's just something that both of them started young in their lives," he said. "Both their dads flew airplanes. They started flying airplanes when they were young guys and it gets under your skin, I think just like any other job or any type of hobby, it’s something that you enjoy."