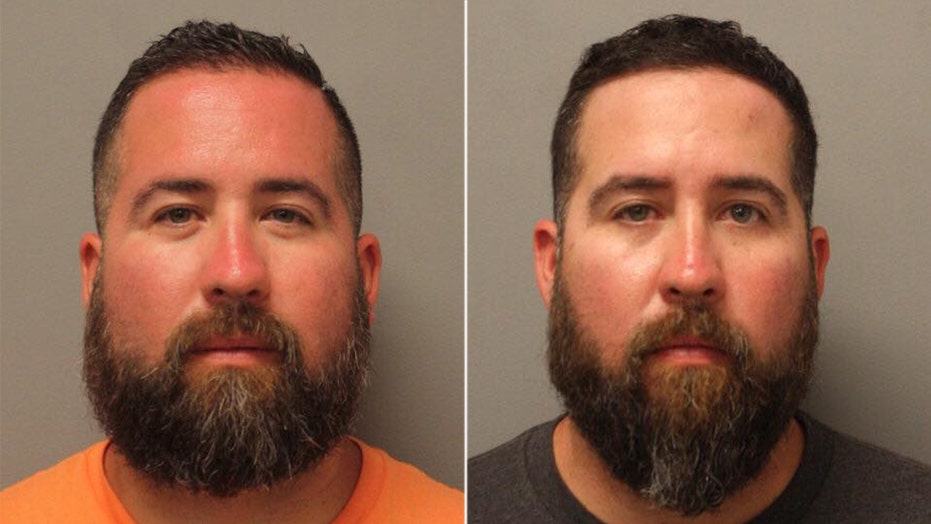 Twin brothers driving separate vehicles were both charged with driving while intoxicated over the weekend after two deputies were injured in a crash on a Houston freeway.

The Harris County Precinct 8 Constable’s Office said in a Facebook post that officers were initially investigating a "major accident" in which a 19-year-old woman was killed late Saturday on the Sam Houston Parkway.

As officers were directing traffic, two vehicles, a pickup truck driven by 37-year-old James Bramlet and a car driven by his twin brother, Joseph Bramlet, were involved in a separate crash that caused the truck to slam into a K-9 patrol vehicle, according to police.

James Bramlet (left) and Joseph Bramlet (right), both 37, were charged with driving while intoxicated after a crash in Houston on Sunday. (Harris County Precinct 8 Constable’s Office)

One deputy ran out of the way of the oncoming vehicles once he realized they were not stopping, and sustained an injury to his left ankle.

Another deputy inside the K9 patrol vehicle suffered head, neck and back pain as a result of the crash, according to police.

"K9 Evo, who was also inside the patrol vehicle, was uninjured," police said.

After an investigation, officials said they determined both brothers were intoxicated and subsequently charged the two with DWI. James was also charged with unlawfully carrying a weapon, according to police. Both officers were transported to an area hospital for treatment, and have since been released.

Police said that the department's "thoughts and prayers" are with those affected by the two crashes, "especially the family of the young woman who died."

The investigation into both of the incidents is ongoing.