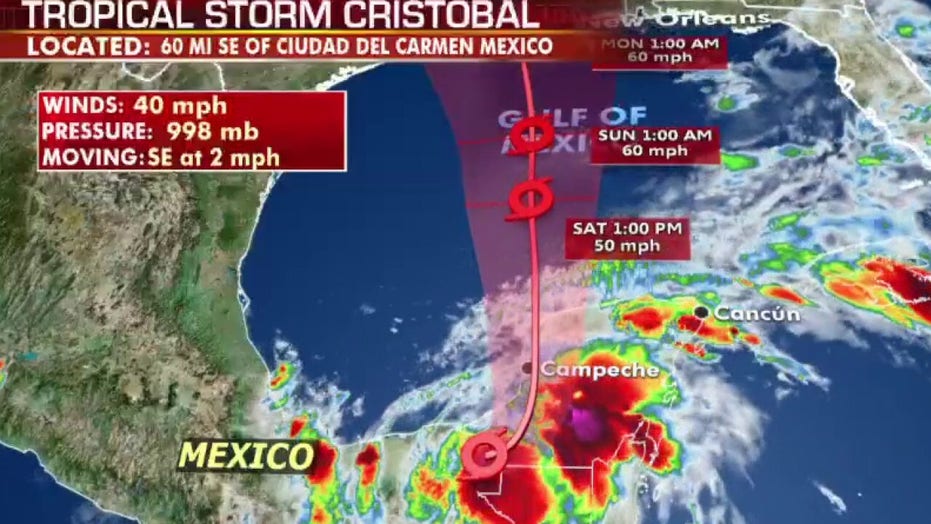 The third named storm of the Atlantic hurricane season has weakened but is still threatening devastating flooding Thursday as it lingers over southern Mexico.

Tropical Depression Cristobal, downgraded from a tropical storm, now has maximum sustained of 35 mph Thursday afternoon, and was located about 160 south-southwest of Campeche, moving east-southeast at 3 mph, according to the National Hurricane Center (NHC).

Heavy rainfall, flooding and mudslides are possible for parts of southern Mexico and Central America.

The storm is weakening after making landfall on Wednesday in Mexico’s Gulf coast state of Campeche and will barely move over the next 24 hours.

Cristobal will continue dropping another 10 to 15 inches of rain across southern Mexico into Central America, adding to the threat of flooding and landslides.

On Wednesday, the Mexican army evacuated 138 people in Campeche after floodwaters threatened homes, and police reported water washing across highways.

Video from Hurricane Hunters showed lightning strikes inside the storm.

Cristobal is likely to remain disorganized tropical depression through Friday after spending time over land. It is forecast to turn north and start to move into the Gulf of Mexico Friday. By that time, the storm is expected to strengthen again into a tropical storm and increase in size.

As the storm moves northward in the Gulf of Mexico, those in  Southern Texas and coastal Mississippi need to track this storm, as the current NHC forecast shows the center of Cristobal coming onshore into Louisiana. Conditions on the Louisiana and Mississippi coasts may start to deteriorate beginning Sunday morning.

The forecast models on where Tropical Storm Cristobal is going next. (Fox News)

Reaching hurricane status could happen as the storm moves over warm Gulf waters, but the official NHC forecast stops short of that for now.

Several environmental factors should keep Cristobal from strengthening too quickly and the NHC brings Cristobal to a moderate 60 mph tropical storm before landfall. 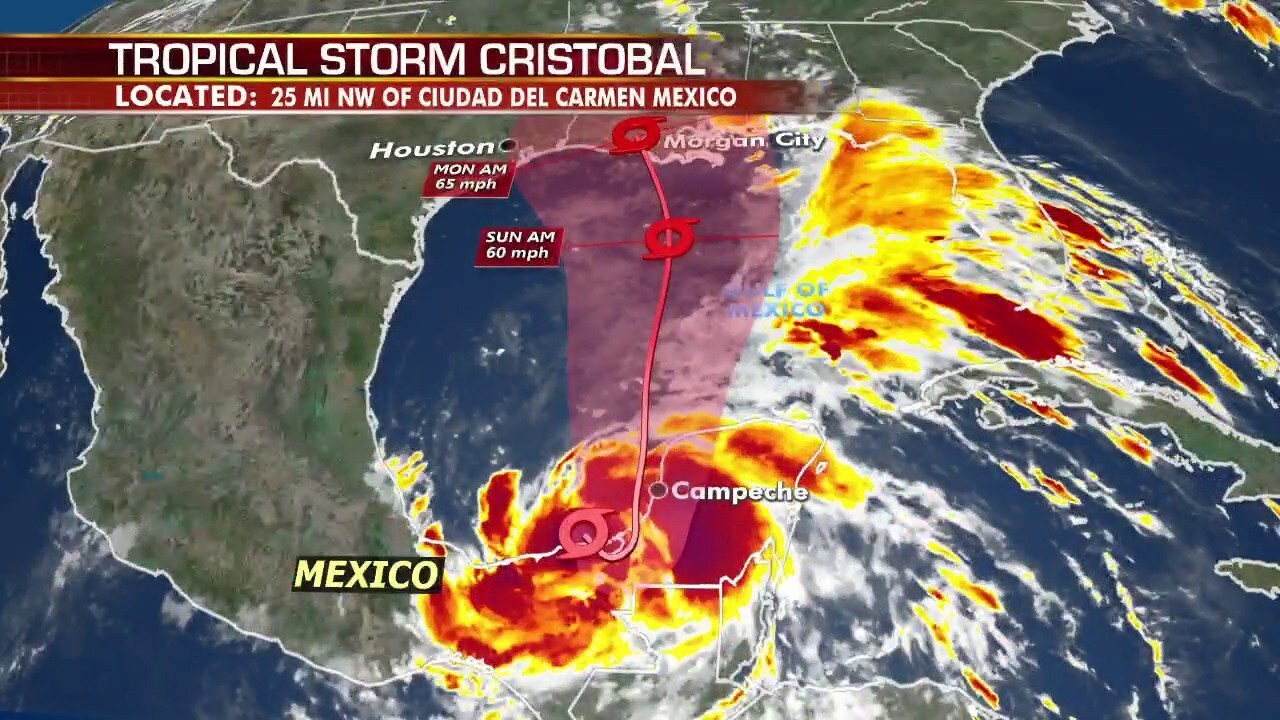 The NHC is forecasting the center to move onshore anywhere from east of Houston to Biloxi, Miss., by Sunday overnight, with Louisiana looking most probable.

There is still quite a bit of uncertainty with the intensity and trajectory of Cristobal, so everyone who lives along the Gulf Coast should keep an eye on the latest forecasts.

Cristobal is forecast to be a large system, and even though the focus is on the immediate landfall location, the storm will be spreading heavy tropical rainfall across the entire central and eastern Gulf, including all of Florida beginning late Friday.

Heavy rain, storm surge, strong winds, and isolated tornadoes will all be possible as the system moves inland.

Isolated tornadoes will also be a concern, especially east of where Cristobal’s center eventually makes landfall.