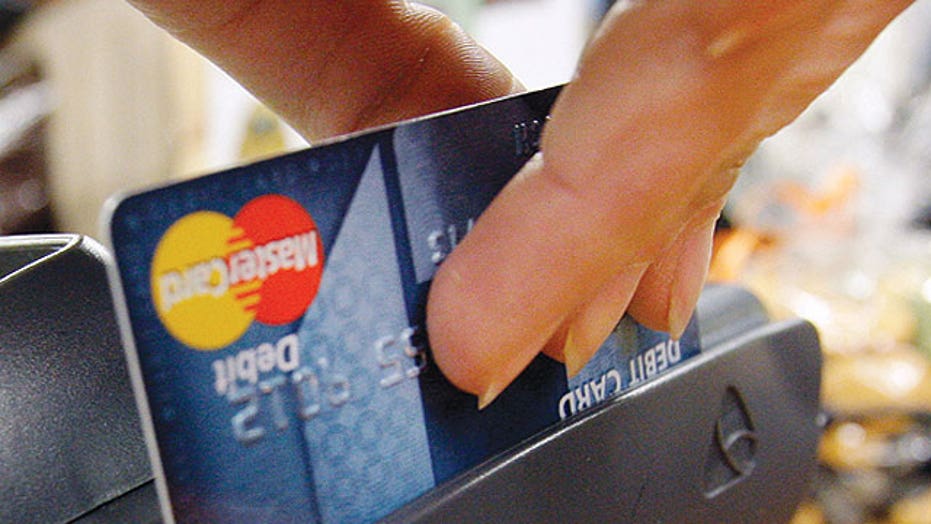 Shoppers are charging and worrying

The American family will need to don its helmet and shield and stand its ground as a new year kicks off.

Worries about terrorism on U.S. soil are taking center stage in American life, with concerns about the economy lurking right behind them. Moms and dads are struggling to keep homes afloat — homes filled with young kids, millennials and, increasingly, elderly parents.

Parents must also act as watchdogs against an increasingly crass culture that provides fewer supports for a healthy childhood, but instead stresses those who seeks to live out traditional values among a more secular and celebrity-crazed culture.

Sixteen years into this new century, the American family will be most impacted by three distinct factors:  the fear of terrorism, the impact of the economy, and the quickly morphing family structure itself.

“There is good reason to be fearful, especially with strikes happening here on U.S. soil,” Michael Kugelman, senior associate for South and Southeast Asia at the Woodrow Wilson International Center for Scholars, told LifeZette.

Seventy-one percent of respondents said the shootings and random acts of violence of 2015 are now a permanent part of American life, according to a December NBC/Wall Street Journal poll.

“It is really very important to remember we are very fortunate to be here in the U.S., where these attacks happen relatively infrequently compared to other areas of the world, as frightening as they are,” said Kugelman. “When you consider places like Iraq, Syria, Pakistan — we are so much safer than these regions. We have a much greater chance of being hit by a car than we do of being the victim of a terror attack.”

Statistics, though, are often superseded by fear in the collective American consciousness.

“For most of 2015, the country’s mood, and thus the presidential election, was defined by anger and the unevenness of the economic recovery,” Democratic pollster Fred Yang told NBC’s “Meet the Press.” “Now that has abruptly changed to fear.”

“We tend to forget, with the current emphasis on ISIS, but al Qaeda, particularly al Qaeda in the Arab Peninsula, is probably an even more dangerous group,” said Kugelman.

Fear of the unknown — which act of terrorism will happen next, and where — will influence our choices in a variety of ways, from electing new leaders to making purchasing decisions in the marketplace.

Two: The Economy
Promises Have Gone Unfulfilled
The Obama administration may declare an economic recovery, but how much better are families really feeling about their wallets and their prospects in the new year?

In 2015, seven years after the recession of 2008, 45 percent of Americans surveyed think the U.S. economy is “only fair” and less than a third think of the economy as “good,” or “excellent,” according to a December Pew Research poll.

Additionally, a disturbing 68 percent of Americans earning $30,000 or less felt their prospects were dim. They told Pew Research their family’s income is falling behind the cost of living.

A number of Americans aren’t just broke. Many are homeless. In recent years, homelessness in New York City has reached the highest levels since the Great Depression in the 1930s, according to the city’s Coalition of the Homeless.

A pressing issue for too many families? Food. Distressingly, in the first quarter of 2015, 15.8 percent of Americans indicated they had “struggled to afford food for their families” according to Gallup.

And despite a recovery, some 22 percent of American children lived below the federal poverty line in 2013, up from 18 percent in 2008, according to a new report by the Baltimore-based philanthropy, the Annie E. Casey Foundation. Dig behind the data, and there are real children who are consistently hungry.

In 2016, the average American family will continue to struggle to pay for a decent way of life.

Three: Family Structure
‘Is That You in There, American Family?’
The family model of mom, dad, and kids who are high-school age and younger is increasingly becoming a rare sight. Today, the roofs over average American families likely shelter some combination of parents, kids, millennials and seniors.

Gallup found there are also about 390,000 married same-sex couples in the country, and many other domestic partner households raising children together. These situations beg the question: How will this new family model that consistently misses one traditional presence affect future generations?

“Same-sex marriage and parenting withholds either a mother or father from a child while telling him or her that it doesn’t matter,” wrote Heather Barwick in The Federalist. Barwick was raised by two female partners in a committed relationship, but felt the loss of a father figure.

Traditional roles have gone from changing, to changed. Mothers are working, and more fathers are participating in childcare. Seven percent of U.S. fathers with children in their households do not work outside the home, according to a 2015 Pew research report. That’s approximately 2 million dads at home full time. Many marriages are still ending in divorce. Though there were slightly fewer divorces and annulments in 2015, there were still 813,862, according to the Centers for Disease Control and Prevention. Many couples are having children without marrying first.

“Forty percent of all American children are now born outside of marriage, and those adult relationships tend to dissolve,” Mitch Pearlstein, founder of the Center of the American Experiment and author of “Broken Bonds: What Family Fragmentation Means for America’s Future,” told LifeZette. “How can these kids, with all the factors they deal with in everyday life, hope to compete with kids from stable households?”

Many kids — or young adults — are beginning adulthood and contemplating their options from the comforts of home. In 2016, millennials — those ages 18 to 34 — will relax in the nest of their mom and dad.

Today, there are more millennials living at home than there were during the depths of the Great Recession, according to a 2015 Pew Research Center analysis of U.S. Census Bureau data. This affects not only parents but the nation’s housing market recovery and construction industry, too, as well as ancillary purchases that accompany new homes such as electricity, cable, and home furnishings.

But mom and dad might well have a millennial in one bedroom and a senior parent in the next.

Pew Research reported that most adult Americans say that one of their family members is caring for an aging parent. And the Bureau of Labor Statistics says there are 40.4 million unpaid caregivers of adults ages 65 and older — another factor that greatly affects consumer choices and spending power.

This trend will only increase as our population grows older. The Administration on Aging says that people 65 years or older numbered 44.7 million in 2013, the latest year for which data is available. They represented 14.1 percent of the U.S. population, about 1 in every 7 Americans.

This translates into an increasing, and unprecedented, need for aging services and caregivers. We are still good at looking out for one another: 17 percent of adults age 65 and older are caring for another aging adult, with 33 percent of those being a friend or neighbor.

What will this mean for families that have to increasingly spend more of their time and resources caring for others?

“As I found consistently from other experts I talked to in writing ‘Broken Bonds,’ we’re still a successful nation — but not as successful,” said author Pearlstein.

When ‘Gifted’ Kids Get Stuck in the Back of Class