This undated photo provided by the Crystal Lake, Illinois Police Department shows Andrew "AJ" Freund. Crystal Lake police say the missing boy's Freund's parents last saw him about 9 p.m. on April 17. Police say Andrew's parents reported him missing when they woke up Thursday and couldn't find him in their home. Police in the Chicago suburb of Crystal Lake say an FBI team that specializes in missing children is helping them search for the 5-year-old boy.

Thousands of mourners on Friday gathered at an Illinois funeral home to pay their last respects to a 5-year-old boy whose badly beaten body was found in a shallow grave covered with straw late last month.

On Friday, blue ribbons were wrapped around poles along the streets as the community came together in a touching farewell. There were several posters with pictures that showed AJ with angel wings and inscribed with the words, "In loving memory of AJ," The Chicago Tribune reported.

“There has been an outpouring of donations and people wanting to help,” funeral director Kim Nordin said, adding that she's received calls from people across the country who have sent flowers.

Elissa Emmert of Crystal Lake, Ill., who brought her 21-month-old son, Levi, to the public visitation, said she came to "show support to AJ. My heart breaks for what happened to him."

His obituary on the Davenport Family Funeral Home and Crematory's website described AJ as "extremely smart and friendly boy who could not wait to start kindergarten in the fall and make new friends."

Since his parents' arrest, disturbing details have emerged of the torture authorities say preceded the beating death. Court documents allege AJ's parents killed him by beating him and then subjecting him to a long, cold shower after he lied about soiling his pants.  An autopsy determined he died from blunt force trauma to his head and had been struck multiple times. 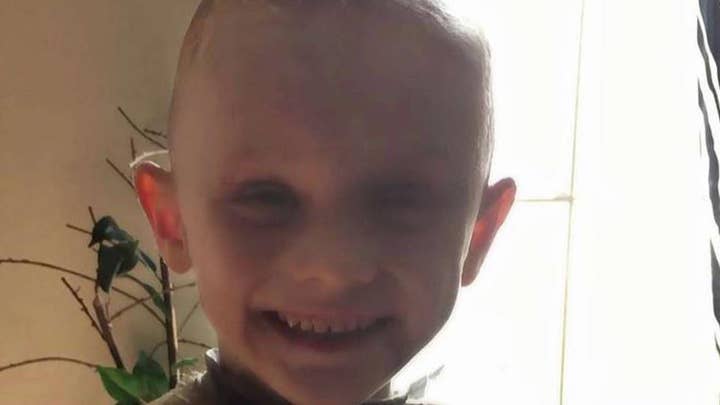 The video, dated March 4, shows AJ lying naked on a mattress, covered in bruises and bandages, according to an affidavit from McHenry County Sheriff’s Detective Edwin Maldonado. Maldonado wrote that a female voice “consistent with Joann’s is holding the phone and videotaping. She is berating AJ for urinating his bed.”

AJ's death has also led to increased scrutiny of the Illinois Department of Children and Family Services, which was already in the spotlight because of the recent deaths of two other children.

In AJ's case, documents show that child welfare workers had been repeatedly called to the dilapidated and filthy Freund home.

AJ's parents are due in court May 10 for a preliminary hearing.