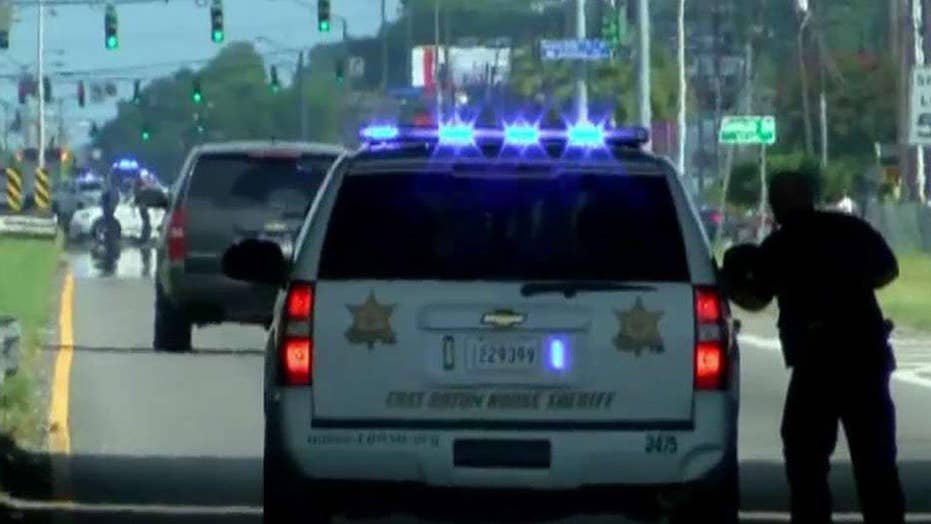 "It has limited our number of applicants," he told The Hays Daily News on Tuesday. "I believe it has also made people question more whether they want to be police officers."

OPINION: WHAT A RECENT JAILHOUSE VISIT TAUGHT ME ABOUT MIRACLES

This is just one of the reasons attitudes toward law enforcement need to change -- and that change begins at home, facilitated by parents.

In 2016, law enforcement officers found themselves the target of criminals and would-be assassins who attacked and ambushed police at previously unseen levels. They also found themselves repeatedly vilified in the media and at risk in certain communities.

"LESMA [Law Enforcement and Supporters for Media Accountability] maintains a list unlike any other to demonstrate this war on police, by showing officers who have been shot throughout the year," Amanda Miller, director of civilian operations for the organization, told LifeZette. "This year, 276 police officers have been shot [not all died], and 64 gave the ultimate sacrifice. That averages out to an officer shot 3 out of every 4 days, and 1.19 officers killed per week."

Cops will not be safer on America's streets in 2017 if current attitudes prevail.

"The last few years, we have seen an erosion of respect for law enforcement. That is unfortunate and very troubling," Sheriff Carolyn B. Welsh of Chester County, Pennsylvania, in the Philadelphia metro area, told LifeZette. "Lately there have been men and women wounded and killed in the line of duty just because they wear a uniform. That is frightening. It is hard to comprehend that anyone would take the life of someone whose duty it is to serve and protect."

Millennials in particular have been in the news frequently because of what could be termed a sense of entitlement and lack of respect. "The younger generation was not taught respect for authority or government, not that government has earned it," said Miller. "They haven't learned it in home or in our schools. They have been taught that no one gets hurt, everyone wins no matter what, and everybody owes them something. Consequences are never part of the equation."

John Hoffman, a journalist and former chief of police from Town and Country, Missouri, has some ideas to heal the wounds inflicted this past year.

Parents need to do their part by showing up at community events. Children will know that a relationship with law enforcement is of value when they see their parents value it.

"There are no quick fixes," he continued. "It's important to build real relationships with communities, and you can only do that through time and involvement. I formed relationships with families, and with the kids in the families, who then became the teenagers and adults. Those ties don't break easily. Continually moving officers from precinct to precinct erodes relationships and community trust."

Welsh echoed the sentiments of Hoffman. "We need to work more with families and children, educating them about police, deputies, firefighters and all first responders. It starts at home -- showing respect for authority and teaching children not to fear cops and deputies. The Chester County Sheriff's Office works with families and children through many community outreach programs. These are things that build trust and confidence."

"You will be calling these brave men and women if you need assistance."

Miller offers a concrete suggestion to help heal the rifts created in the vacuum left by President Obama's lack of leadership on this issue. "Our police officers put their lives on the line for our families. They do a job that many cannot -- and do not -- try to understand. In this year of 2017, it would be good for the general public to resolve to seek information regarding police officers' jobs, and allow the justice system to take its course before taking anger out on law enforcement as a whole."

She puts the entire issue into proper perspective. "You will be calling these brave men and women if you are in a situation where you need assistance -- and they will be there without fail. Who is going to be there for them when they are unjustly scrutinized or criticized? Let's make 2017 the year that the public understands and respects our law enforcement officers."

Council Nedd, Ph.D., is a Pennsylvania State constable and an Anglican bishop living near Penn State University in State College, Pennsylvania. You can follow his musings on law enforcement, faith, and politics on Twitter: @BishopNedd.