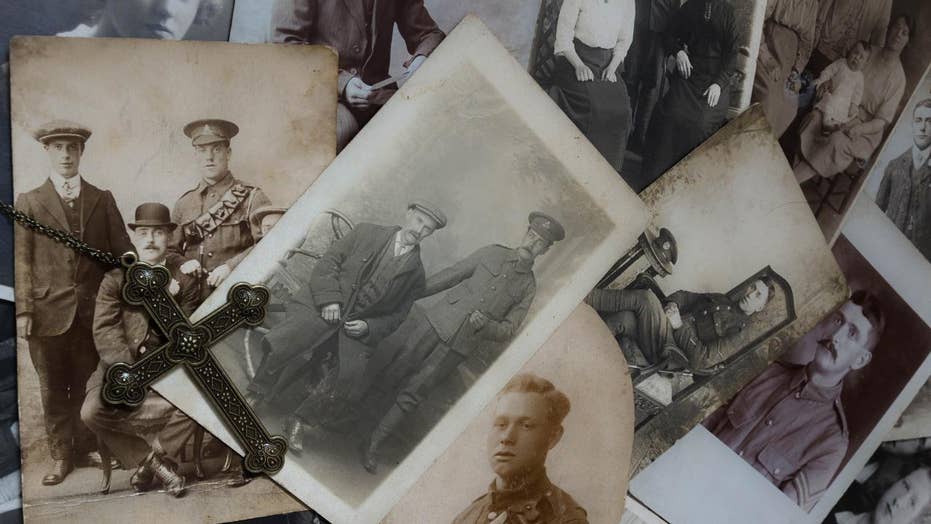 Veterans Day: Spirituality in the trenches during WWI

Advances in medicine and communications to meet the evolving needs of soldiers have helped the United States become the most powerful military in the world. Another critical need our service members have is connection with the spiritual. Chaplains – spiritual leaders of many faiths who have followed the call to serve soldiers – fill this need today and in wars past.

A retrospective offering a glimpse into the lives of chaplains who ministered American soldiers on the European battlefields during World War I, can be viewed at Saint Joseph’s Seminary in Yonkers, New York, presented and created by The Archdiocese of New York. It is called “The Great War and Catholic Memory”.

“One of the biggest things that surprised us was just how involved the Archdiocese got," Archdiocese Director of the Archives Kate Feighery said. "Both priests and laypeople in parishes really threw themselves into the war effort in a way that I think had never been done before.”

While only 25 chaplains served at the war’s beginning, Feighery told Fox News, “by the time the armistice was signed in 1918, there were over 1,000.”

Chaplains were stationed along the front lines with the soldiers, where they held confession and helped bury the dead.

“There are documented letters that talk about how men would wait in line for hours the night before a major battle to give their confession to a priest before they went, as they called it, ‘over the top,'" Feighery said.

While confession gave solace to those at war, burying the fallen gave comfort to their families.

“Letting the parents and the families back home know that their son had a Catholic burial would help in some way to ease the grief over the loss of their child," Feighery said.

Breaking this news to the families is a heartwrenching task, says Father Joseph Deponai, a priest at Saint Anthony’s in Nanuet, a former student and chaplain at West Point, and a battlefield chaplain as well.

“You hope that you just let those people who are enduring a terrible loss be aware of the fact that God is with them in this terrible experience,” Deponai said. “That freedom has a price and it’s a very expensive price. We’re meant, I think, each and every day of our life to remember that and use our freedom in a responsible way.”