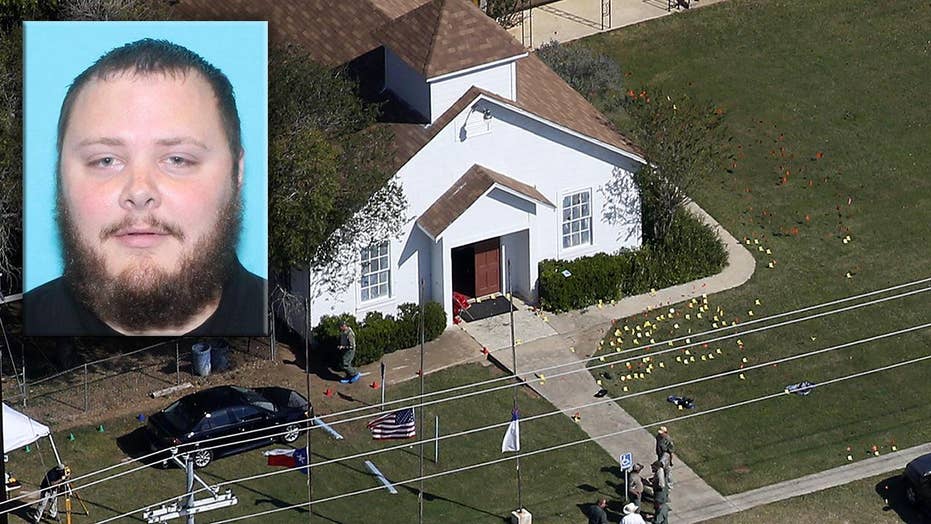 Bryan Llenas reports from Sutherland Springs on the latest investigation details and the Air Force's probe into why the gunman's history was not reported.

The former wife of Devin Kelley, the man who opened fire at a Texas church last Sunday killing at least 26 people, said he had a lot of “hatred inside him” and threatened to kill her whole family.

Tessa Brennaman, 25, told “Inside Edition” that her first husband was abusive towards her and even threatened to shoot her after she received a speeding ticket.

The former couple divorced in 2012.

The former Air Force airman was sentenced to 12 months of confinement and ultimately removed from the military with a bad-conduct discharge and a reduction of rank.

On Monday, the Air Force acknowledged it did not enter Kelley's criminal history into the federal database used to conduct background checks on citizens looking to purchase a firearm. Authorities recovered a Ruger AR-556 rifle at the church and two handguns from Kelley's vehicle. They said all three were purchased by Kelley.

After Kelley shot parishioners at the First Baptist Church in Sutherland Springs, he fled the scene in his truck while being chased by two good Samaritans. He was found dead in his car from what appeared to be a “self-inflicted” gunshot wound.

It was not immediately clear what the motive of the shooting was. However, investigators have said Sunday's shooting appeared to stem from a domestic dispute involving Kelley and his mother-in-law, and that he had sent threatening messages to her. The mother-in-law sometimes attended services at the church but was not present on Sunday.

Officials said the church will be demolished and it will serve as a temporary memorial.

Eleven people remained hospitalized Friday with wounds from the shooting.

At least 26 people were killed in the Texas church massacre. (AP)