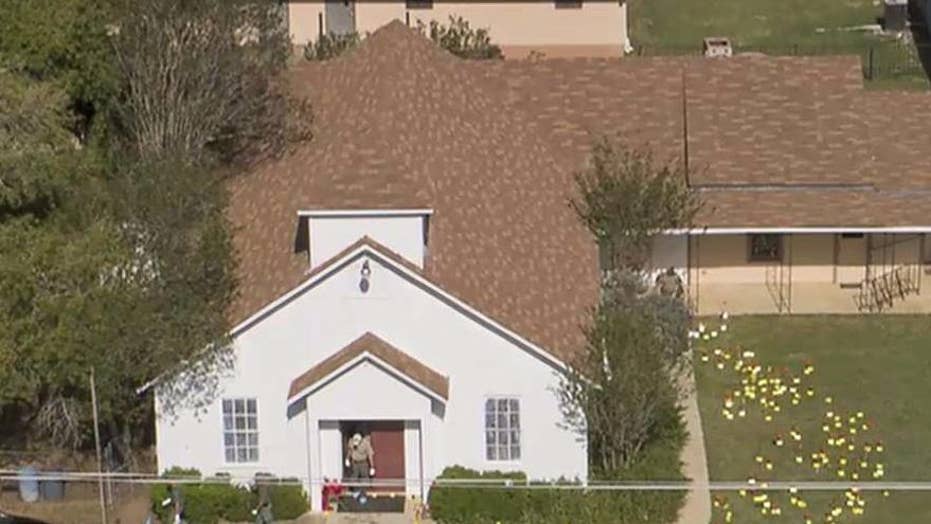 A woman who worked with Devin Patrick Kelley, the shooter in last week's Texas church massacre, has described him as "a dude on the edge" and as someone who "scared me at the time."

Former Air Force Staff Sgt. Jessika Edwards told The New York Times that Kelley would shake with rage and vow to kill his superiors when he was assigned menial tasks as punishment for poor performance. At one point, Edwards told the Times, she warned others in the squadron to go easy on Kelley, believing he was likely to come back and "shoot up the place."

"He would get so upset," said Edwards, "and just keep saying, 'I want to kill them.'"

Kelley shot and killed 26 people and injured 20 others Sunday when he walked into the First Baptist Church in Sutherland Springs, Texas and opened fire. He died of what appeared to be a self-inflicted gunshot wound after the massacre.

Edwards said she worked with Kelley in 2011 at Holloman Air Force Base in New Mexico. The following year, Kelley was court-martialed after admitting to choking his then-wife and fracturing her son's skull. He was sentenced to 12 months in confinement -- but according to the Times, he was released in June 2013 and given a bad-conduct discharge, having served just eight months.

Tessa Brennaman, Kelley's former wife, told the syndicated "Inside Edition" program that her husband was abusive and at one point, threatened to kill her after she received a speeding ticket.

Edwards told the Times Kelley called her after he left the Air Force and asked for a job reference. The two then began chatting on Facebook, and Kelley's messages deteriorated into complaints about his second wife, his mother-in-law, and his family's attempts to get him to take his medication.

Stories of heroism emerge out of Texas church massacre

The following year, Edwards said, Kelley sent her photos of a military-style rifle he said he was building. This past spring, he told her he was buying dogs online and using them for target practice.

"I told him this was not normal, and he needed the kind of help I could not give him," Ms. Edwards said. "Before I unfriended him, I gave him my number. I told him, 'If you ever are thinking about hurting yourself or someone else, just call.'"